Anger: The Vice of the Virtuous | Meridian Magazine 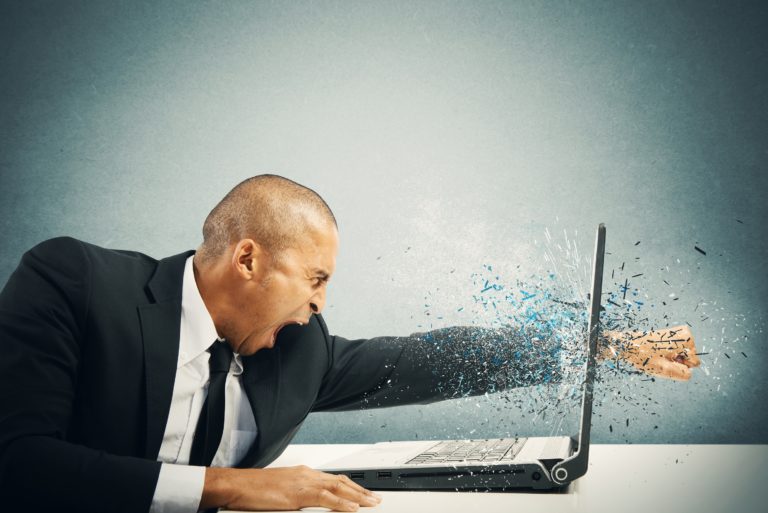 Anger: The Vice of the Virtuous

Anger appears excusable when you read the Sermon on the Mount in the King James version of the Bible. The Bible says, “whosever is angry with his brother without a cause shall be in danger of the judgment.” It appears from this reading that anger is perfectly acceptable as long as there is a cause for the anger.

Is there ever not a cause for anger? Do any of us wake up in the morning and determine, “I think I’ll get angry today.” Do we decide, “I want to intimidate a few folks, so I’ll turn on the anger?” Not your average Joe. That’s ridiculous. Anger, by its very nature, is instigated by an offense so why would the Bible add the redundant phrase “without a cause.” The Book of the Mormon version of the Sermon on the Mount does not include the additional phrase, without a cause, but merely reads, “whosoever is angry with his brother shall be in danger of his judgment.” The Joseph Smith translation of the Bible does not include the phrase, “without a cause” either.

“Didn’t Christ get angry when he cleansed the temple (twice)?” you might ask. Because he chased out the moneychangers, and turned over the tables in the temple, does not necessarily mean he was out of control, that his blood pressure was elevated. “What about Moses who broke the stone tablets on Mt. Sinai?” Breaking the tablets may have been a way to emphasize his point, rather than the result of elevated blood pressure resulting from a loss of control.

An Ensign article, “The Case Against Anger,” points out that “Anger is a feeling of hostility, resentment, wrath, or ire. None of these feelings was present, nor I believe, ever present with God. I believe God’s actions are interpreted at times as arising out of anger because he applies consequences, including punishment, for violation of his laws. But when we look at God’s punishment we find that it is just–there is no element of hostility or revenge.”

We know that God does not lose control. He does not act impulsively, he never does things he later regrets.

Why Anger is a Vice

President Hinckley clearly states one reason anger is a vice: it indicates lack of self-control. We often say things in anger that we would never say if we were in control of our tongue. Those biting words that come out in anger cause pain to the recipient, and even a heart-felt apology may not mend the wounds our words inflict. Not only do we say things we regret when anger robs of us of our self-control, we do things we regret when anger robs of our self-control. We might pick up a child and spank his bottom because we are angry, whereas, if we were in control we would recognize that the spanking was not for his benefit as much as it was a way to release our own anger. Anger is a vice because it can cause us to hurt others.

Those who exercise extraordinary self-control and bury their anger, may claim anger is not a vice because they don’t let their anger hurt others. Nevertheless, anger held inside is still damaging, perhaps not to others, but to the person seething in anger. Bottled up anger can cause a host of physiological symptoms, from heart disease to GI distress. Anger also causes psychological symptoms such as depression. Hurting ourselves is no more virtuous than hurting someone else. Just as we don’t want to harm our bother by our anger, we owe ourselves equal consideration. Hurting oneself is not a victimless crime: the victim is merely the same person as the perpetrator.

Anger is especially dangerous because anger begets anger. Psychologists used to encourage clients to “get out their anger” by punching a pillow or the like. Today we know that venting, or letting out anger begets more anger and hostility. In addition, when we express anger in front of someone else it frequently invites retaliation, or an angry response, in return.

If expressing anger doesn’t get rid of the anger, and holding anger inside doesn’t get rid of anger, then what can we do when we get angry? Techniques do exist for mitigating anger if it arises: go on a walk/run, write in a journal, compose a poem, play a musical instrument, draw or paint a picture. The arts are an effective way to deal with a variety of difficult emotions.

However, the most effective way to handle anger is to avoid it in the first place. As difficult as it sounds, it is entirely possible to avoid anger before it ever enters your psyche. The method for preventing anger is not a cliche solution, so I’ll make avoiding anger all together the subject of my next column.

JeaNette Goates Smith is a Licensed Marriage and Family Therapist in Jacksonville, Florida and the author of four books on relationships available at www.amazon.com.

It was Brigham Young that said "Never get angry, Never, Never Never." I believe in those words and also President Monson's admonitions about anger. Additionally I will add, in as unoffensive way as I know, that the quote below stretches me with regard to credability. "Didn’t Christ get angry when he cleansed the temple (twice)?” you might ask. Because he chased out the moneychangers, and turned over the tables in the temple, does not necessarily mean he was out of control, that his blood pressure was elevated. “What about Moses who broke the stone tablets on Mt. Sinai?” Breaking the tablets may have been a way to emphasize his point, rather than the result of elevated blood pressure resulting from a loss of control." "I think that Moses and Christ were not "out of control" but to suppose their blood pressure was not elevated, in my opinion, makes them sound psychotic.

Thanks! Looking forward to your next column. Nice cliffhanger :)