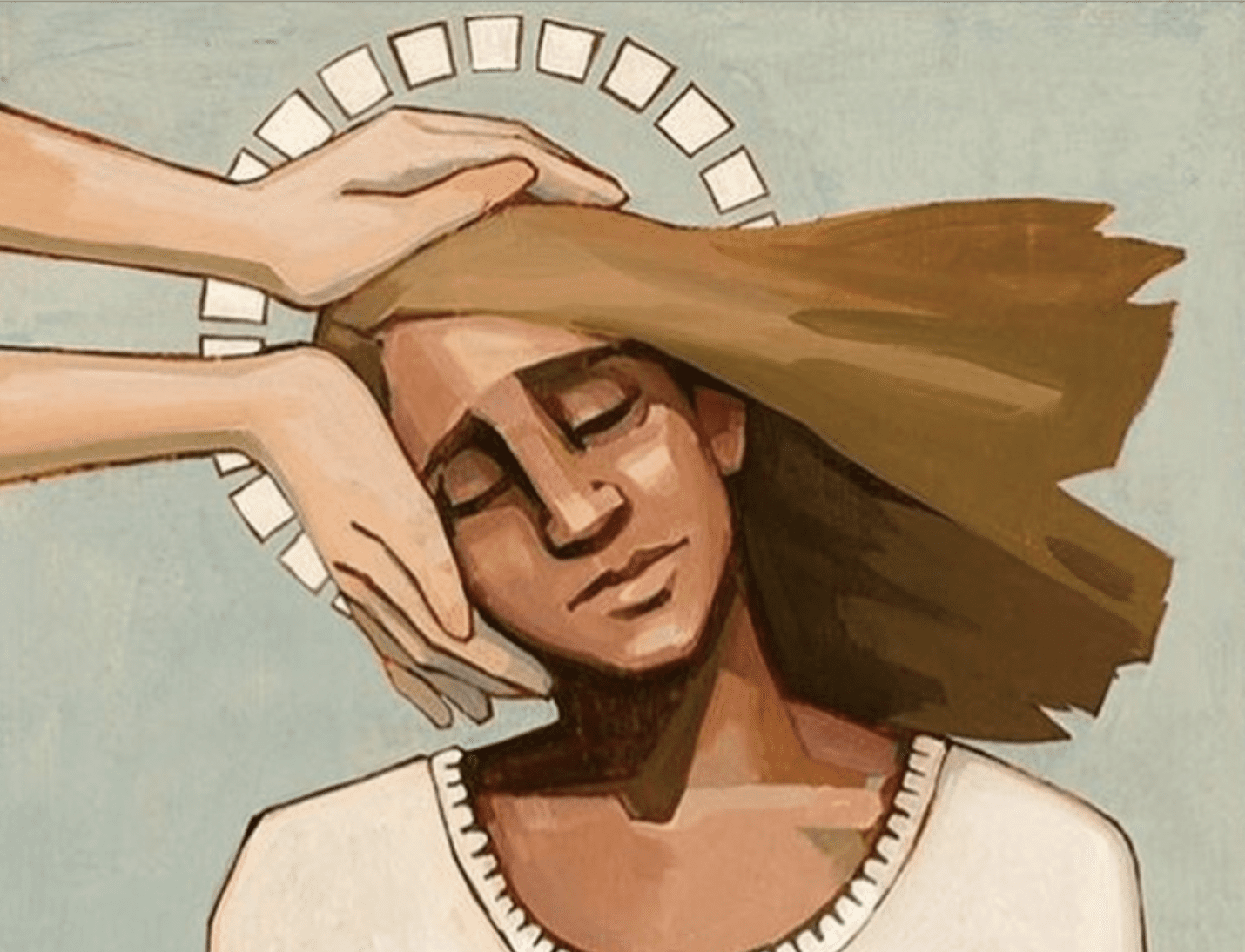 During difficult times of distress, suffering, or anxiety, it’s inspiring to hear about times when angels are sent to heal and comfort the troubled minds and bodies of the faithful, and to realize that maybe our time is coming.

Falling Off A Balcony

Sherry Simister told me about a miraculous experience she had with angels in the hospital after falling from the two-story balcony of her home.

As she was falling, she had a silent seizure (where she couldn’t make any sound) and she began to plunge headfirst to the ground.  Her husband tried unsuccessfully to save her by grasping at her shoulder as she toppled over.  This changed her trajectory so that she landed flat on her back rather than her head, which probably spared her life, but left her broken and in tremendous pain.

As she lay in the hospital feeling helpless, and praying for help, her pain became unbearable.  She wondered if the future only held suffering for her.  At this moment of trauma she had a magnificent experience of angelic support.  She said:

“I was in such severe pain and was wondering if I would ever walk again or be pain free.  I looked at the side of my bed and suddenly became aware that I had family from generations past surrounding my bed.  During that six-week stay in the hospital I was encircled daily by these ancestors. Without their love and support, I don’t think I would have been able to deal with the excruciating pain.  The pain medication was high, but it wasn’t high enough.  My angels were just so very comforting and deeply needed.  They did not leave until I was ‘out of the woods.’ I was greatly blessed by them being there”[1]

A lot of love was manifested from those angels as they helped Sherry in the healing process.  Angels can show themselves in a variety of ways.  Notice how they manifest in the following experience:

Carolyn Doughty and her family had an excruciating circumstance, which involved her two-year-old son, Jeffrey.  He was a very active and adventuresome child who bolted off one Saturday morning.  He was soon missed, and family members went searching for him.  He was discovered face down and lifeless in a neighbor’s swimming pool by his 15-year-old brother, Chris, who fetched him out.

Chris did his best to resuscitate his brother until the paramedics came, but didn’t see that he was responding in any way.  At that moment of great alarm, he heard Jeffrey’s voice in his mind that said,

When the paramedics arrived, they worked on Jeffrey for a little while, but felt that nothing was working, and they wanted to give up.  They told the family that the boy was dead.  Chris begged them to take Jeffrey to the hospital.  They reluctantly agreed and took him there even though Jeffrey’s heart had stopped beating, and his veins had stopped pumping.

Upon arrival at the hospital on a Saturday morning (where there typically was little going on), there “just happened” to be three top specialists there.  One was a heart specialist; one a lung specialist and one was a pediatrician (three crucial doctors for Jeffrey’s case). They quickly conferred about what to do, then worked on Jeffrey to reestablish a heartbeat and to get the blood moving again. After reviving him, they then sent him to another hospital for additional care.

These doctors spent their Saturday morning saving Jeffrey’s life, but the interesting thing was that the parents never received a bill from any of those doctors, and the nurse said that she had never seen or heard of them before.  Carolyn and her family all believed that the three doctors were angels, who gave their son a second chance at life.”[2]

“A Presence Beside me”

Dennis Bott shared a miraculous experience he and his wife had with angelic intervention during surgery.   He writes:

“My sweet wife Martha developed a condition known as hyper parathyroid disease (HPT), and she required surgery to remove at least three of the four pea-sized glands located in the neck near the thyroid.

“On the day of the surgery, as I waited for news in the hospital family surgery area, the doctor came with a disturbing announcement. He was unable to locate even one of the glands and was considering stopping the procedure because surgery had already been over two and a half hours (normal surgery time is about 30-minutes). I asked if he would try one more time to locate the diseased glands and he informed me that he would try, leaving me worrying in the family waiting area.

“I found an open janitor closet where I could offer a secret plea for divine assistance and offered up my petition to help the doctor be successful in locating the seemingly invisible pea-size glands that were making my sweet companion ill. The very moment I closed my prayerful plea a spirit of peace overcame me, and I knew that all would be well.

“Less than 20-minutes later the doctor met with me in the waiting room with tears in his eyes he told me, ‘I have never experienced anything like this before…just as I was about to give up and end the procedure it seemed as though the glands mysteriously began to glow…the nurses were not able to see what I saw but I knew there was a presence beside me guiding me.’

“My prayer for angelic assistance had been granted. The doctor had been able to see with divine help, and three glands were removed that indeed had tumor like growths.”[3]

Jeffry R. Holland offered the very simple yet profound guidance to us all when he said,

“Pray without ceasing. Ask for angels to help you.”[4]

Dennis will testify that Elder Holland’s advice is true, and can affirm from personal experience that the combination of both prayer and asking for angelic help can orchestrate miracles, especially in times of great need.

Brigham Young also wrote about this very thing.  He said:

“According to…faith, ask the Lord Almighty to send an angel to heal the sick.  This is our privilege, when so situated that we cannot…help ourselves.”[5]

Diane Chase remembers a time of great anxiety and helplessness when angels came to help her in her time of need. She writes:

“Back in 1998 my husband collapsed while far away on a business trip. I had 5 dependent children still at home, so I couldn’t go to him. After many days, the doctors said his life was in danger because he began to bleed internally, and they couldn’t stop it.  They decided they needed to do surgery that Friday night, and the operation was supposed to take 4 hours.  I told the doctor to call me and give me a report no matter what time it was.

“The surgery went on much longer than anticipated. I was in bed, but  was not able to sleep.  I felt powerless and scared. Finally, I prayed for an angel to comfort me. Immediately, I felt calm, and felt the presence of two beings standing by my bed. I was only then able to fall asleep until the doctor called.”[6]

The last story I want to tell about is a marvelous experience that Charlie Harper shared with me.  He had angels help him through an eye surgery.  He relates:

“Before having eye surgery on both of my eyes I had prayed that it would be successful, painless, and that I would be watched over and not worry about it.  A feeling of peace came over me and I didn’t worry any more.

“Before surgery I became aware of three glorious angels who were watching over me. I felt absolutely no pain, even as a needle was inserted.  The surgery was perfect, and I am recovering very well. The angels were with me as I went to bed at home before the operation, during surgery, and after surgery until the doctor checked on my eyes to see that I was healing correctly.” [7]

“And Angels Came Down”

I love the scripture where Nephi speaks about angels supporting him in similar ways as those who helped Charlie and others in this article.  He said,

“And by day have I waxed bold in mighty prayer before him; yea, my voice have I sent up on high; and angels came down and ministered to me.”[8]

As the experiences in this article illustrate, angels are allowed to respond to sincere and fervent prayer to heal or comfort the sick according to God’s will.  What is God’s will for you?  In this dispensation of angels, could it be your time to receive their healing and comfort? Maybe it’s time to ask.

I would love to hear about your own experiences with angels.  You Can CONTACT me at [email protected]

Anne you have heard from me before. During these trying times with the virus I feel a need to share an experience with 2 angels in the form of LDS missionaries. In 1985 I had carried 2 missionaries to a missionary activity in the country. When I dropped them off and arrived back home I saw a colorful cover on a paperback book on the floor in the back. I picked it up and laid it on the table in the kitchen. This was a Saturday night and since I traveled a lot with my business I used the time on Saturday to do chores. As the evening progressed literally everytime I passed by the book on the kitchen table I had the strongest impulse to sit down and read it. Let me explain something about my life then I was 45 years old with 9 children at home. I had developed a major ulcer and was devouring roolaids by the handful. I was tired all the time. I was driving at least a 1000 miles a week and was falling asleep 2 or 3 times a day while driving and sometimes running off the road. My wife was literally scared to death that I was going to die and leave her alone with 9 children. Back to the book. I succumbed to the influence and read the first 120 pages and woke my wife up at 1 am and told her I know what my problem is. The name of the book was "Fit for Life" by Harvey Diamond. I started immediately following the advice in the book and what happened was truly miraculous. My energy level went through the roof. Not long after my 16 year old daughter asked her mother "Why doesn't dad get mad anymore". In 3 months I lost 30 pounds,Ulcer completely gone.Since 1985 I have not been sick a single day. The book describes proper food combining. The main principle is keeping carbs seperate from meat at the same meal. Mixing meat and carbs will produce toxins and compromise the immune system. The lord spared the Prophet Joseph from learning basic chemistry and just said eat meat only in times of cold winter or famine and then SPARINGLY. I can run and not be weary at all and the destroying angel has deserted me. I truly hope this helps someone like it has helped me. BTW I turn 81 this year.

I have had so many experiences with Angels in my life! I have been helped, calmed, talked to, and taught by Angels. Thank you for the lovely article. 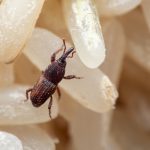 What Can the Evil Weevils Teach Us About Coping with the Coronavirus Plague? 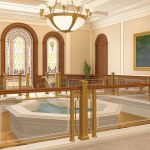 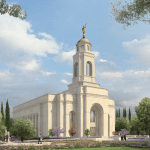 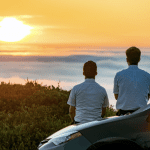 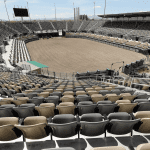 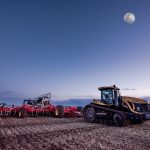 By Trina Boice
PAST ISSUES