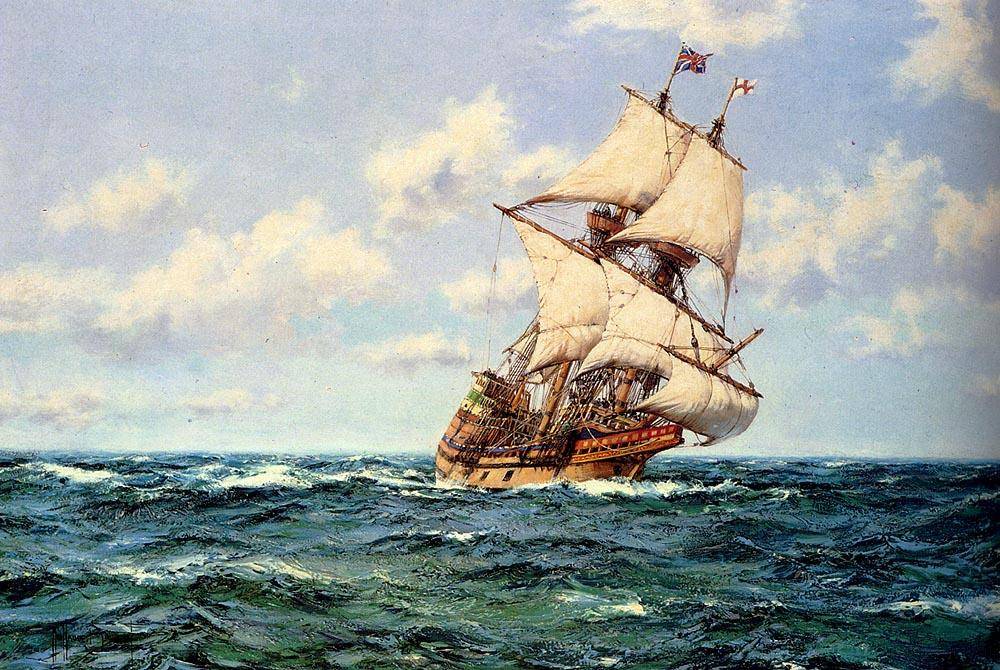 An Old Buzz Word Makes A New Come Back!

The photo above is an artist’s rendition of the Mayflower that brought Pilgrims to America seeking self-determination.

The Old Buzz Word We Have All Missed

History is full of people wanting power. Sure, there are stories of villains trying to conquer other lands and other people. But what about the heroes who fought back? What did they want? From the Israelites to the Nephites, and from the Anglo-Saxons to the founders of the United States of America the heroes in history generally wanted one thing; self-government.

They wanted to problem solve for themselves. They didn’t want some government or duke telling them what was right or what was wrong. They wanted to determine spiritually what God declared was right, good and true and then exercise the power they were given from God to follow their knowledge of such truths and revelations. They felt more accountable to God than to their governments.

This feeling of accountability has historically led many humble but common men and women to do brave, uncommon things and succeed. Where did they get their power? In the very thing they sought their governments to recognize; self-government.

This old word was a buzzword not too many years ago. People like James Madison and Benjamin Franklin as well as other founders explained how a good government had to start with the people recognizing the power they have to self-govern first.

The self-government buzz didn’t stop in the 1700s. In the 1800s people like Louisa May Alcott wrote books and poems with the theme of self-government woven throughout. Her poem “A Little Kingdom I Possess” talks about how hard it is govern ourselves well and how we need heaven’s help to do so. She declares:

“I do not ask for any crown
But that which all may win;
Nor try to conquer any world
Except the one within. “

Of course at the same time, he is also saying that the way to freedom is learning principles and then using the principle of self-government to follow the principles learned. It is a very deep and inspiring statement. It was not a statement of abandonment or lack of caring for the moral training of the saints. The statement put the responsibility to live the principles on the saints, where it had to be if true agency was to be honored.

Self-government isn’t possible if it isn’t learned first. We have to want to recognize governing ourselves as a principle and want to learn the skill. If the principle is taught by the church or the parents, then the person will see cause and effect and will choose self-government.

Brigham Young also spoke much of self-government. He said, “Individual self-government lies at the root of all true and effective government, whether in heaven or on earth” when inspiring church members to be responsible citizens.

In modern times, inspired philosophers like C.S. Lewis, and multiple LDS conference addresses and Ensign articles have also been dedicated to the topic. In June of 1986 an Ensign article was dedicated to “Teaching Children To Govern Themselves”. The article talked about how it was wrong to be aggressive and mean to children and how important it was to connect to them even while correcting their bad behaviors. The article mentioned the importance of consequences and teaching cause and effect. It also said that parents must teach self-government to children and that parents have to practice self-government too.

“To raise responsible, faithful children we must teach them to govern themselves. Children who have learned to govern themselves take responsibility for their feelings, thoughts, actions, and decisions. This includes controlling their emotions and expressing them appropriately.” – – (June 1986 Ensign Magazine, LDS Church)

I was still being raised in 1986 and was never taught about self-government. Maybe it is easier to say someone must self-govern than for them to actually know how to do it or to teach their children to do it.

If It’s So Basic A Principle, Why Is It So Hard To Do?

The answer is agency. We get to choose what voice to follow. Knowing about the pre-earth life can make agency easier to understand.

Before we got our bodies and our minds we were spirits. Consider this. We voted in the pre-existence to follow Christ’s plan instead of Satan’s. This vote happened before we had a mind or a ‘gut feeling.’ We were only spirits at that time.

So, where does our true agency come from? Is it a mental thing? No. Is it a physical thing? No. True agency is a spiritual thing. In the pre-existence we had wills. The will of the person is rooted in the spirit. We used our wills to choose whom we would follow. Today is not different.

Our wills, or spirits, are the strongest parts of who we are. They should choose who we will follow, and they are meant to lead the rest of our souls (body and mind.) However, we can always be deceived by voices appealing to our emotional and physical bodies or our malleable minds.

This one story sets the model for how it has worked ever since. Each of us at any given minute is an agent for Christ or agents for ourselves (Satan).   People choose to follow us or to follow others; all are agents. It doesn’t matter who someone follows, the leader is an agent for either Christ or Satan; whether they know it or not. There is never a time when we are not exercising our true agency or choosing to turn our agency over to be controlled by the wrong voice. When we turn our true agency over to another that is still an act of agency.

There are individual choices that a person makes each day that involve agency too, such as should I take this pack of gum or lie on my taxes? If we make these wrong decisions we are honoring ourselves more than Christ. When we are agents for ourselves we are acting just like Satan, and in essence following him and his ideas. A decision to lie on taxes does not come from our spirit. The decision is influenced by emotions or rationalizations from the body or brain.

The scripture that says, “there is opposition in all things” is so important. Are we not part of “all things”? How can we sort out our opposition? –We must follow the spirit voice.

Learning to follow the spirit or heart voice really is the whole point behind everything I teach when I teach self-government skills to families around the world. For happiness, freedom and success we must listen to the voice that got us to this earth in the first place; the spirit voice.

C.S. Lewis’ essay “Men Without Chests” makes this point even more clearly. Lewis analyzes the three voices, chest (spirit), body, and mind, and concludes that this life is a battle with ourselves. He clearly illustrates that freedom comes from listening to and leading with the chest, or spirit, voice.

The Self-Government Come Back

When times get hard people turn their attentions to what is most important; their faith and their family. Times are hard now. The world is in tumult. This is hard to see and can seem bad, but there is a silver lining to this gray cloud. Just like the heroes of the past focused on freedom, righteousness, united families, and strong relationships, the heroes of today are doing the same.

Self-government is making a come back. Of course it never really left us; we left it. But, now families from all over the globe are again finding the freedom that comes when they govern themselves and teach their children to govern themselves too.

A self-governing person sees a problem and immediately assesses himself to see if any personal adjustments can be made. Then the person goes to their family for help, then they appeal to their friends and community members. If no help can still be found the person will ask their church for help. And finally, if no other avenue for assistance has proven helpful, the person will ask the government for help. We cannot forget step number one, first the person looks to himself for the solution. He assess his flaws and problem solves.

Even though many people are still hoping someone from the outside will come in and save them from all their problems, there are now people all over the globe who are starting to look within in order to save what is most dear; their faith and their families. They are finding the spirit voice again and are listening. When they listen they will hear the truth and find the freedom they crave for their families and their nations.

In this time when the word ‘self’ is honored more than the word God it is the best time to focus on ‘self’-government. Welcome back self-government! We need you still!

Visit https://teachingselfgovernment.com to find more answers to your difficult relationship questions or to learn to better govern yourself

Thank you for adding the correct understanding of Eve's decision in the garden. My viewpoint of Eve's choice is the same as yours. I was fully aware of the full impact of her decision and her dedication to follow ALL of God's commandments. I was just trying to keep it simple here to illustrate that from the Garden of Eden and before we were choosing who to follow and being agents for our choice too. I tried to keep it less wordy on purpose, but you have added the additional depth necessary for anyone wondering. Thank you! I wanted to try to stick to the one topic of the article. The importance of Eve is and her choice is a whole other article. :)

I enjoyed this article. However, I just wanted to comment on the part about Adam and Eve. Although Eve was "beguiled" by Satan, she was also following God's command to them to multiply and replenish the earth. I had a problem with the wording in your article about Eve following Satan when she decided to take the fruit and then getting Adam to follow the same temptation. Adam hadn't been beguiled. He was following the first commandment God gave--not to take of the fruit. Eve saw the bigger picture as it were, knowing she had to partake of the fruit in order for God's plan to go forth. Adam saw that Eve was right so he also partook, not because of Satan's temptation, but because he knew it was also God's commandment. If they hadn't partaken of the fruit God's plan would have been frustrated, or at the very least, He would have had someone else instead of Adam and Eve. I'm no authority on the subject. It's just that my husband and I have had the privilege of representing our First Parents as workers in the SL Temple. I feel we have gained a lot of understanding. There's still a lot to learn! Thanks