An Interview with the Author: 'A Global History of Blacks and Mormonism' | Meridian Magazine 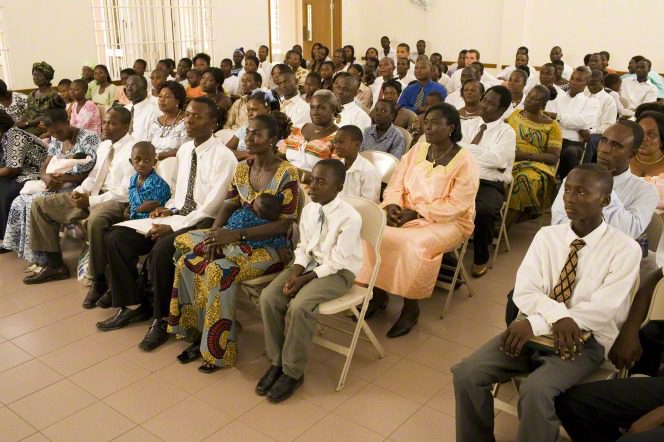 An Interview with the Author: ‘A Global History of Blacks and Mormonism’

In this episode of LDS Perspectives Podcast, Laura Harris Hales interviews Russell Stevenson, author of For the Cause of Righteousness: A Global History of Blacks and Mormonism. Stevenson’s book details the relationship between African and Afro-diasporic peoples and the Mormon tradition, particularly regarding the temple and priesthood restrictions. Latter-day Saints are often aware of the priesthood/temple restrictions but feel ill-prepared to discuss it. Stevenson provides some points of entry for Latter-day Saints who hope to acquire to information necessary to speak about Mormonism and racism in a way that is faithful to the documentary record.

Stevenson emphasizes the centrality of the contemporary documentary record in assessing the history of blacks and Mormonism; these records provide a check against projecting current values onto past events (a fallacy historians call “presentism”). Stevenson situates racism within the LDS community not merely as a “product of the times,” but as a societal sin reflective of broader systems excluding black Americans from American life. Racial exclusion was not distinctive to Mormonism, neither was it uniform across American society. He analogizes the era of Mormon racism to the wandering of the children of Israel in the wilderness for the embrace of foreign gods: while the Israelites accepted an Egyptian deity in the form of a golden calf, the Mormon people embraced the American deity of “Whiteness.”

He engages the origins of the restriction, guiding readers through the full extent of the documentary trail: what documents are known and what documents are not. He highlights Joseph Smith’s mixed record on slavery, his support for the ordination of Elijah Able, the ordination of several other black men to priesthood office. Stevenson illustrates how many of these Mormon racial discussions were inflamed through local circumstances, such as William McCary’s attempt to establish interracial polygamy in Winter Quarters.

Further, he traces Brigham Young’s transition from supporting black ordination in March 1847 to prohibiting it in February 1849, detailing how prevailing fears of miscegenation (e.g. Enoch Lewis, a black Latter-day Saint in Massachusetts’, having a biracial child with his legally-wed Caucasian wife) and prevailing Biblical theories shaped Latter-day Saint scriptural exegesis, such as “the curse of Cain” and “the curse of Ham.” Additionally, Latter-day Saints injected their own views about the pre-mortal existence of the human soul into race discussions.

For the first time, Stevenson engages how Mormonism resonated in West Africa and followed the networks of colonial influence in Ghana, Nigeria, and South Africa. Stevenson details the experiences of William P. Daniels, the only known black branch president who did not hold priesthood office and Anthony Obinna. Stevenson illustrates the many kinds of Mormonism within the African diaspora. He highlights how the LDS Church’s genealogical arms were used to ensure that only those without black African ancestry received priesthood office and temple blessings.

Stevenson also discusses the circumstances under which the temple/priesthood restrictions were lifted. Dismantling the restriction required a multiplicity of influences: domestic, global, political, and cultural. A variety of “turning points” influenced the timing of its lifting, such as the Wyoming and Stanford protests, Hugh B. Brown’s efforts to lift the restriction, the rise of Mormonism in Brazil, the rise of self-identified Mormon groups in West Africa, and the publication of Lester Bush’s 1973 article, “Mormonism’s Negro Doctrine.” Each event re-shaped Mormon cultural identity, from the bottom-up.

Engaging Mormonism and race is not an issue confined to the past; it is of immediate relevance to Mormon engagements in African and African diaspora communities throughout the world: from Bahia, Brazil to Durban, South Africa, to Aba, Nigeria. This conversation can serve as a point of departure for readers/listeners who aspire to teach that “all are alike unto God”—and how it was that Latter-day Saints could ever see it otherwise.

Russell Stevenson has centered his work primarily on the growth of Mormonism in Africa, which is a story of Africans adapting and “translating” Mormonism as a cultural text.  He has published on a variety of aspects of race and Mormonism, ranging from his first book—a biography of Elijah Able, the first black priesthood holder in the Mormon tradition to the role of “prophetesses” in forming the Mormon church in 1960s Ghana.

His second book, For the Cause of Righteousness: A Global History of Blacks and Mormonism, 1830–2013 won the Mormon History Association’s Best Book Award. It provides, for the first time, a chronologically complete and internationally-minded history of Mormonism’s interactions with the global black community in the Americas and Africa.  In the book’s second half, he provides an anthology of annotated primary sources to accompany the narrative text. Currently he is pursuing a PhD in African Studies at Michigan State University.