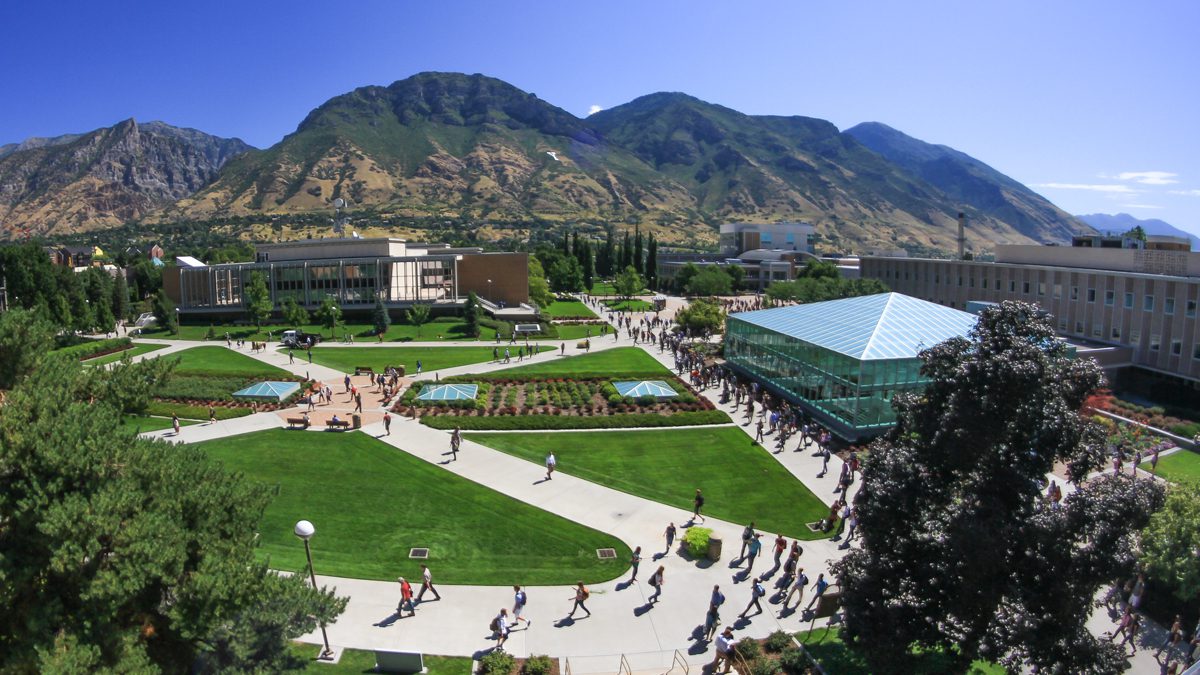 Brigham Young University has formalized its amnesty policy, following a recommendation made by the Advisory Council on Campus Response to Sexual Assault in October. Since that time, BYU has been operating under the amnesty guidelines outlined by the council. The university has also closed its campus climate survey and is reporting an overall completion rate of 42.8 percent.

The full amnesty statement can be found here.

“Both of these announcements represent a significant amount of effort on the part of many at the university,” said Student Life Vice President Janet S. Scharman, who led the Advisory Council. “We are also grateful to our students who took the time to complete the campus climate survey. To have nearly a 43-percent completion rate is extraordinarily high and will help us immensely as we move forward.”

In October at the conclusion of a four-month study, the Advisory Council recommended that the university adopt an amnesty clause. At that time, the council outlined nine critical components an amnesty clause should contain.

During the academic school year, BYU shared a draft amnesty statement with the university’s Student, Faculty and Administrative Advisory Councils. Although the university adopted all of the Advisory Council’s 23 recommendations in October, the amnesty recommendation involved a change in policy. Hence, the critical components of the clause required further review before becoming a formal policy. In the interim, the university has been operating under the amnesty principles outlined in the council’s report.

This review is now complete and a final amnesty policy has been approved. This policy will be followed by not only BYU, but also by BYU-Idaho, BYU-Hawaii and LDS Business College.

The Amnesty Statement, which will be part of BYU’s Sexual Misconduct Policy, incorporates all of the principles outlined by the Advisory Council.

“As an Advisory Council, we reviewed almost 80 other university amnesty clauses, consulted with our visiting experts and considered the recommendations received through our interviews and the feedback website,” said Julie Valentine, a BYU nursing professor and a member of the Advisory Council. “All along, however, we thought it was wise for the university to seek feedback from faculty, staff and student representatives. I believe we now have a strong policy in place that incorporates all of the principles we recommended.”

The Advisory Council also recommended that BYU conduct a campus climate survey in order to gather research regarding perceptions and incidents of sexual assault. On March 14, the university sent a survey link to all students 18 and older who were registered for at least 6 credits on campus and did not close the survey until the last day of classes in winter semester, April 19.

“We believe that the data gleaned from this survey will provide vital information for guiding our efforts to help keep students safe,” said Ben Ogles, dean of the College of Family, Home and Social Sciences and a member of the Advisory Council. Ogles has led a subcommittee of research and content experts on the survey design.

Ogles explained that the subcommittee used the Department of Justice’s Campus Climate Survey Validation Study as the main source. “We also looked at MIT’s survey and another developed by the American Association of Universities among others.”

Ogles reported that the committee was grateful to students who responded to the university’s encouragement to complete the survey. Of the 29,471 students who were sent an email inviting them to participate, 13,784 (46.8%) responded to the survey and provided some data and 12,602 (42.8%) completed the entire survey. “We were also pleased to see that the participants matched BYU’s student body in terms of demographics, with even the colleges represented proportionately to our student population. This means that the results should be quite representative of our current students.”

Ogles and his team of researchers are now compiling and analyzing the information. A summary of the findings will be released this fall.