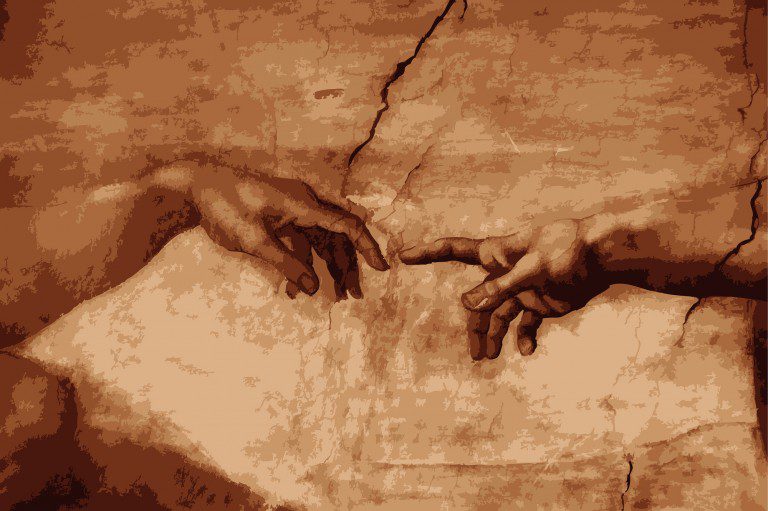 In previous articles, I have proposed a pondering process revolving around ancient strategically repetitive poetic patterns like the chiasm. May I repeat one paragraph as an important principle statement in employing this same process with the Book of Abraham.

“Ancient prophets and even the Lord used the poetry of chiasmus as a form of self-contained author-intended commentary and insight. Chiasmus has been miraculously recognized in short poetic forms for decades but suggestions that whole chapters or even book-long chiasms have been questioned or rejected as unverifiable, since, as one scholar pointed out that one can make a chiasm out of the phone book listings.

But what if “concepts” rather than phrases made-up the matching elements of the chiasm? Even though this would properly make the commentary from a proposed chiasmus, subject to careful scrutiny, pondering, needed verification from other cross-references, and finally the Spirit.  But then, this is what we are supposed to do in pondering all scripture as we daily feast in search of constant trans-veil nourishment.”[i]

This is a pondering process that juxtaposes ideas and concepts that may or may not offer poignant insight with subsequent revelation to one’s scripture study. There has been much debate and concern over the authenticity, historicity, and even layout of the Book of Abraham including its facsimile placements.[ii] These are all external concerns that have been well countered and answered.[iii] But, for me, the internal cohesiveness and beauty that transcends Joseph Smith’s knowledge and capacity, raises the little book to a level of deep appreciation and wonder for which I have no words. Add the marvelous restored doctrine it contains, and I can’t help but love the Book of Abraham. Could I share my overview?

It is noteworthy that the Book of Abraham begins and ends with a concept that wouldn’t be even noticeable except that the ending represents a purposeful contextual anomaly. The last chapters are the creation chapters ending with the creation of Eve followed by Adam naming the animals. The other creation stories in Genesis and Moses[iv] recount Adam naming the animals and then receiving his completing other half, Eve. Why does Abraham reverse the order of this little detail?

The Book begins with Facsimile 1 showing Abraham being rescued from Pharaoh’s altar as the sacrificial pathway in Abraham’s search for a fullness of “the blessings of the fathers, and the right whereunto I should be ordained to administer the same;”[v] which culminated in his receiving the higher priesthood designated as, having the name of God “put upon” him.[vi] So, thanks to this anomalous ending order switch, the Book begins and ends with naming.

The rest of chapter one is filled with a strategically focused story of the lineage of Pharaoh and his imitation priesthood with the consequent deception of Abraham’s father. Turning the page backwards from the end, we find facsimile 3 with a depiction of what Joseph Smith says is Pharaoh recognizing Abraham’s true priesthood and elevating him to the throne. The placement of this facsimile into the final day of creation has no logic without a chiasmatic correlation to this priesthood account in chapter one.

Chapter two contains most of what we now call the Abrahamic Covenant. But the context is Abraham yearning, receiving[vii], and then being tested even beyond the original altar of chapter one. Abraham is required to ask beautiful Sarai, his wife, to make herself vulnerable to the advances of Pharaoh. Genesis and alternate Abraham texts not available to Joseph Smith at the time of “translation” shows that the lion-couch Sarai will face (Pharaoh’s bed)[viii] happens to be the same kind of lion-couch on which Abraham was offered in Facsimile 1. This level of risk-laden obedience required total trust by both Abraham and Sarai.

Again, moving towards the front from the back, we find the six-day creation story in chapter four. This story-version is again different from Genesis and Moses, not in the order but in the repeated phrase, “The Gods saw that they were obeyed,” “saw that they would be obeyed,” or other variants of being obeyed. [ix] As with Abraham and Sarai, our mortality is all about learning to obey, tested under the most trying of circumstance. The relationship between “The Gods” and the creation elements, is obedience.[x] In the next element it will become clear that like Abraham and Sarai, God is watching to see if we too will obey.

Chapter three finds Abraham studying through the Urim and Thummim where he learns through astronomical metaphor that like orbiting planets and stars,[xi] intelligences are to be governed by those set above them until the summit – the Kolob of intelligences, Jehovah.[xii] The metaphor construct seems to be telocentric[xiii] with Kolob above all having the greatest light and largest orbiting time. Then just as we are discovering what is meant by the construct and idea of “intelligences,” the page turn finds facsimile 2, instead of further explanation, as anticipated.

This would seem to climax the story of the great plan for man, his testing from the governing ones. But why does facsimile 2, that we had to skip, sit right between the metaphor and its interpretation, the system and the people? There has been much controversy over the interpretation of the facsimile, but if we follow Joseph’s numbering and interpretation, and, if we pay attention to, as Egyptologist tell us, that the facsimile is nearly useless without the accompanying text into which it is embedded; and then if we take that to mean that the text tells us something about the picture and vice versa, then if we, rather than assuming the text was lost in the fire, we look for understanding in this embedded context, Abraham 1-4, and the restored gospel, the facsimile explodes with significance!

There are many qualified scholars who have written proposed translations of the facsimile that agree with Joseph Smith’s,[xv] though there are others that propose totally different meanings. Since the pictographic hieroglyphs can be used somewhat like graphics today – fitting the meaning to the author’s intent, interpretations may even be multi-layered. Briefly Joseph’s interpretation starts in the middle of the circle with #1 Kolob or God in the center. Then #2-#4 ascend with a “sent one” holding keys, creating, and governing in the heavens. The pictographs are right-side-up. Then #5-#7 are upside down to signify the world below the heavens. Here we find Egyptian figures that when seen in light of the text of the Book of Abraham represent the Abrahamic covenant. The Sun/Son is represented taking His gospel to to the four corners of the earth through the covenant promises of Abraham who is fed by the Holy Spirit, holds the keys of priesthood, and a promised seed as numerous as the stars. #8 continues Abraham’s spiral upward as God’s name is then put-upon Abraham and he becomes a god, an Osiris.

This is the center of the Book of Abraham, the great plan of happiness and our instruction whereby we discover how to endure in coming to Christ to be saved.[xvi]

[ii] For example, why are facsimile 2 and 3 in the middle of two different chapters? Why not place them in an appendix at the end? Are these revelatory placements, printer selections, accidental, etc.?

[vi] “…to put upon thee my name, even the Priesthood of thy father, and my power shall be over thee.” Abraham 1:18

[xiii] earth in the center

[xv] See endnote 3 above for websites

[xvi] 1 Nephi 15:14 they shall come to the knowledge of their Redeemer and the very points of his doctrine, that they may know how to come unto him and be saved.

Alma 13:2 2 And those priests were ordained after the order of his Son, in a manner that thereby the people might know in what manner to look forward to his Son for redemption.