A Warning Against Wolves and Delusions Among the Saints | Meridian Magazine 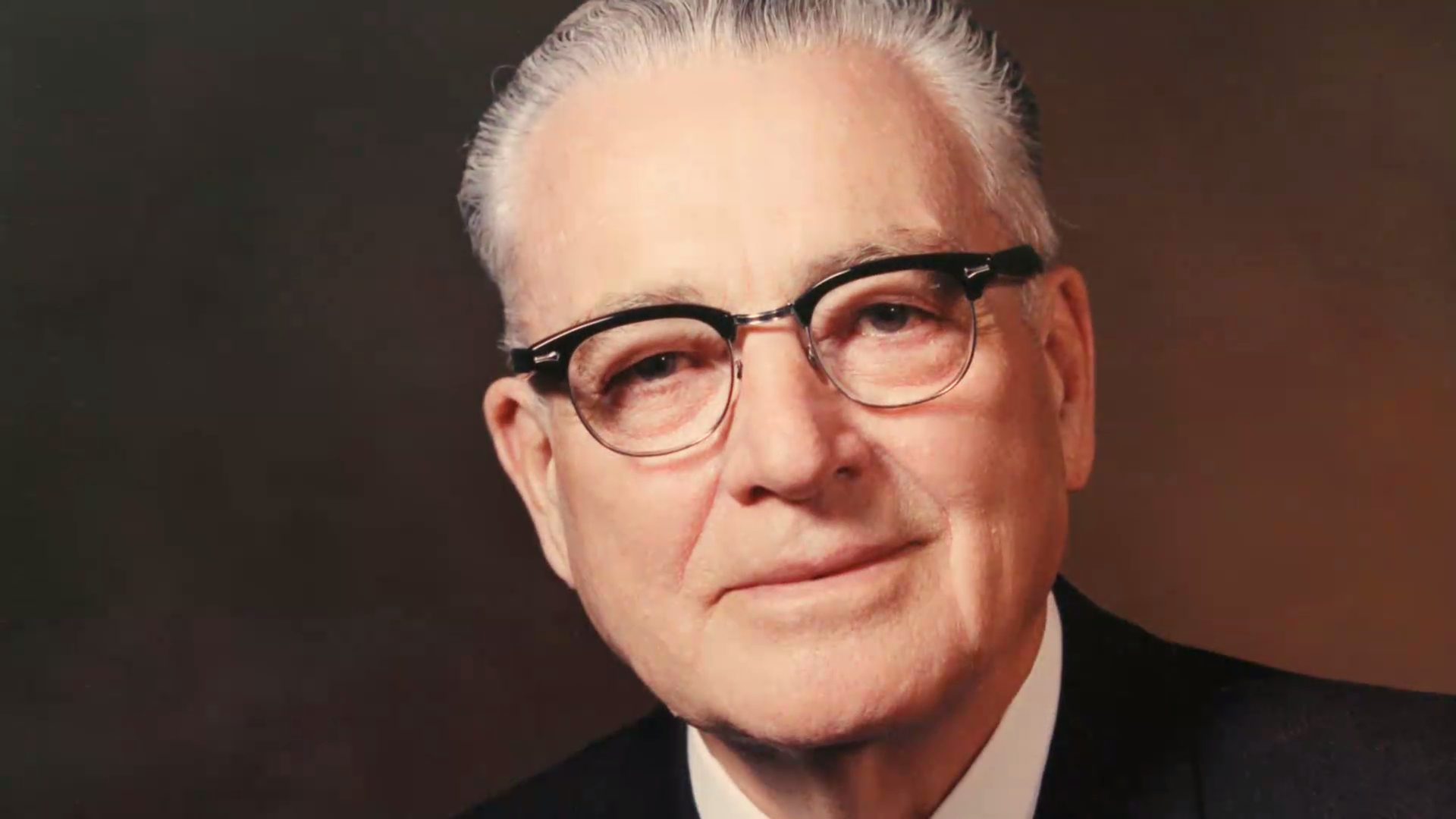 A Warning Against Wolves and Delusions Among the Saints

This post is Ralph C. Hancock’s contribution to the ongoing General Conference Odyssey. It is based on the 1972 talk by President Harold B. Lee entitled, “A Warning against Wolves and Delusions among the Saints”.

Pres. Harold B. Lee, the newly ordained prophet, at the conclusion of this Priesthood Session, recounts his being called “just as a young man in [his] thirties … to head up the welfare movement to turn the tide from government relief…”  Aware of the magnitude of the task and of his own inexperience, he was staggered by the assignment.

As I kneeled down, my petition was, “What kind of an organization should be set up in order to accomplish what the Presidency has assigned?” And there came to me on that glorious morning one of the most heavenly realizations of the power of the priesthood of God. It was as though something were saying to me, “There is no new organization necessary to take care of the needs of this people. All that is necessary is to put the priesthood of God to work. There is nothing else that you need as a substitute.”

Pres. Lee goes on to warn against “wolves among us… speaking perverse things … Judases in the ranks”  and “splinter groups” whose evil tendencies “have been evidenced by shocking events among” them. He decries “the spread of rumor and gossip” and directly contradicts “a widely circulated story that I was alleged to have had a patriarchal blessing (I don’t know whether any of you have heard about that) that had to do with the coming of the Savior and the ten tribes of Israel.”

The prophet warns against the delusion of private “revelations” leading away from the Church’s divine authority:

From the days of Hiram Page (Doc. and Cov., Sec. 28) [D&C 28], at different periods there have been manifestations from delusive spirits to members of the Church. Sometimes these have come to men and women who because of transgression became easy prey to the Arch-Deceiver. At other times people who pride themselves on their strict observance of the rules and ordinances and ceremonies of the Church are led astray by false spirits, who exercise an influence so imitative of that which proceeds from at Divine source that even these persons, who think they are ‘the very elect,’ find it difficult to discern the essential difference. Satan himself has transformed himself to be apparently ‘an angel of light.’

When visions, dreams, tongues, prophecy, impressions or an extraordinary gift or inspiration convey something out of harmony with the accepted revelations of the Church or contrary to the decisions of its constituted authorities, Latter-day Saints may know that it is not of God, no matter how plausible it may appear. Also, they should understand that directions for the guidance of the Church will come, by revelation, through the head. All faithful members are entitled to the inspiration of the Holy Spirit for themselves, their families, and for those over whom they are appointed and ordained to preside. But anything at discord with that which comes from God through the head of the Church is not to be received as authoritative or reliable. In secular as well as spiritual affairs, Saints may receive Divine guidance and revelation affecting themselves, but this does not convey authority to direct others, and is not to be accepted when contrary to Church covenants, doctrine or discipline, or to known facts, demonstrated truths, or good common sense. No person has the right to induce his fellow members of the Church to engage in speculations or take stock in ventures of any kind on the specious claim of Divine revelation or vision or dream, especially when it is in opposition to the voice of recognized authority, local or general. The Lord’s Church ‘is a house of order.’ It is not governed by individual gifts or manifestations, but by the order and power of the Holy Priesthood as sustained by the voice and vote of the Church in its appointed conferences.

Among those who have been deluded are some who “have tried to marshal civilians, without police authority, and to arm themselves to battle against possible dangers, little realizing that in so doing they themselves become the ones who, by obstructing the constituted authority, would become subject to arrest and imprisonment.”

The new President of the Church includes a clear warning against sexual sin and the “flaunting [of such sin]… by the schools or places of entertainment.” He then clearly calls upon priesthood leaders to defend Church standards with appropriate “disciplinary measures”:

I want to warn this great body of priesthood against that great sin of Sodom and Gomorrah, which has been labeled as a sin second only in seriousness to the sin of murder. I speak of the sin of adultery, which, as you know, was the name used by the Master as he referred to unlicensed sexual sins of fornication as well as adultery; and besides this, the equally grievous sin of homosexuality, which seems to be gaining momentum with social acceptance in the Babylon of the world, of which Church members must not be a part.

While we are in the world, we must not be of the world. Any attempts being made by the schools or places of entertainment to flaunt sexual perversions, which can do nothing but excite to experimentation, must find among the priesthood in this church a vigorous and unrelenting defense through every lawful means that can be employed.

The common judges of Israel, our bishops and stake presidents, must not stand by and fail to apply disciplinary measures within their jurisdiction, as set forth plainly in the laws of the Lord and procedures as set forth in plain and simple instructions that cannot be misunderstood. Never must we allow supposed mercy to the unrepentant sinner to rob the justice upon which true repentance from sinful practices is predicated.

Pres. Lee further warns against comparing Church Presidents with each other.  Then, strikingly, he dismisses speculation about the purpose of calling a man to a leadership position who might then live only a short time.  It was Joseph Fielding Smith who, many years earlier, had counseled him as Stake President not to be concerned if a leader does not live long to serve in his calling:   “Don’t you let that bother you. If you have called a man to a position in this church and he dies the next day, that position would have a bearing on what he will be called to do when he leaves this earth.”

Pres. Smith had died after serving two years as Prophet, Seer and Revelator. Pres. Harold B. Lee would himself serve about a year and a half.

Pres. N. Eldon Tanner (“The Priesthood and its Presidency”) provides a detailed historical review of succession in the presidency and then a clear statement of the President’s divine authority:

As Joseph F. Smith clearly stated regarding the President of the Church: “Every officer in the Church is under his direction, and he is directed of God.” (Gospel Doctrine, p. 174.)

The Lord, in speaking to the Prophet Joseph Smith, said: “And again, the duty of the President of the office of the High Priesthood is to preside over the whole church, and to be like unto Moses—

It is most important that we, as members of the Church, accept without reservation President Lee as a prophet of God and as our leader.

Pres. Marion G. Romney strongly affirms the importance of “Caring for the Poor and Needy,” providing an ample selection of scriptures attesting the centrality of this obligation.  (Aside: I witnessed a sealing in the St. George Temple a few days ago officiated by Pres. Romney’s son, George.) He also warns against the notion that government programs can replace voluntary love and charity:

Since these brethren, in their extremity, could not qualify as his disciples without remembering “the poor and the needy, the sick and the afflicted,” what will be our plight, brethren, if in our affluence we fail to remember them?

In this modern world plagued with counterfeits for the Lord’s plan, we must not be misled into supposing that we can discharge our obligations to the poor and the needy by shifting the responsibility to some governmental or other public agency. Only by voluntarily giving out of an abundant love for our neighbors can we develop that charity characterized by Mormon as “the pure love of Christ.” (Moro. 7:47.) This we must develop if we would obtain eternal life.

Gary, we can receive revelation for ourselves and our loved ones, but not for the general membership. I have dreams that are quite prophetic, but they affect me and perhaps one or two people, no one else.

As I was reading Gary's comments I smiled. Thank you Gary. Mormon told us the same thing and Elder McConkie. I always like to remember the FACT that Lehi was not THE prophet. Jeremiah was. Lexi was just one of many prophets. And what was Nephi? He was just a very young man. Yet he had visions and dreams. And we, today, are thankful that a young man had such dreams and visions LONG before he was THE prophet for his people. Are we not to learn about what we should be like by reading the Book of Mormon, the most correct book on earth? I also like to remember that Joseph Smith said that all men are prophet that preach Christ. The question is...are they real prophets or false prophets. Every time we give a blessing to heal the sick or a priesthood blessing to our family we are prophets, either false ones or real ones. The time that these dreams and visions are a problem is when they disagree with THE Prophet when THE Prophet is speaking for the Lord for the whole Church. Then we MUST question those dreams and visions. And while I was reading this article I had an inspiration to look up the talk President Lee gave about the Church's welfare system created to get members off the government evils of the government dole. It is wonderful. I cannot thank the author enough for leading me to this talk. It has helped me more than I can tell you and confirms the Church's long standing position on "government relief".