A War of Words | Meridian Magazine 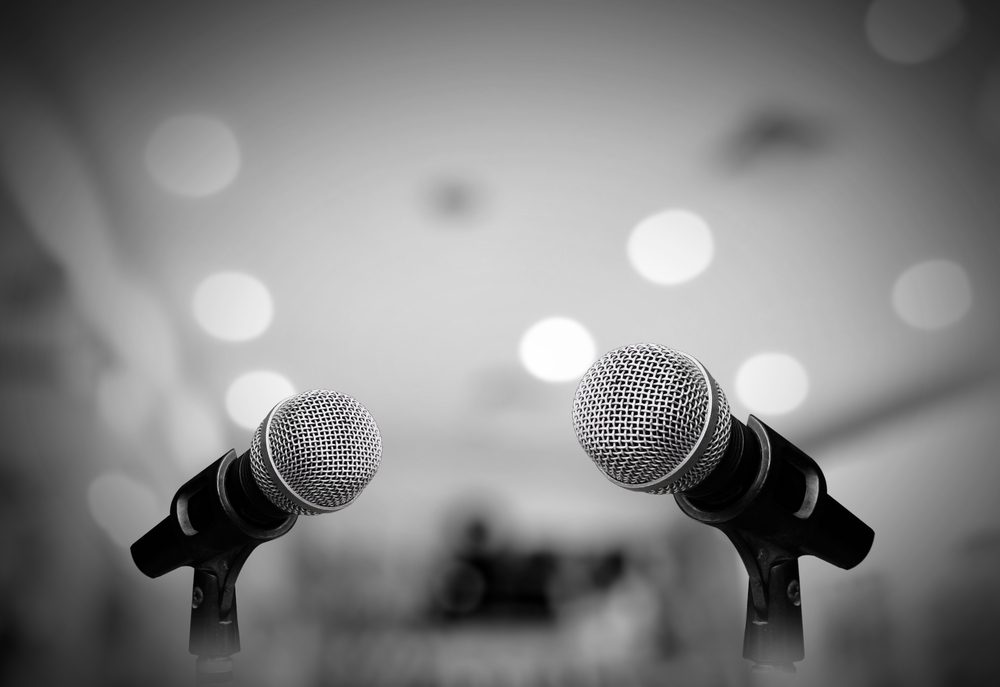 A War of Words

One of our family’s favorite movie scenes is the war of words between Peter Pan and Rufio in the movie Hook.

Several of us have tried to memorize the sequence between the insult-slingers, with Peter’s “You two-toned zebra-headed, slime-coated, pimple-farmin’ paramecium brain, munchin’ on your own mucus, suffering from Peter Pan envy!” silencing his opponent.  As I ponder that interchange between Peter and Rufio, I am impressed that Rufio abides by one of the rules of verbal engagement.  When Peter bests him in this war on words, Rufio does not draw his sword and attempt to slay Peter.  In fact, when the weapons in this fight change from words to food, Rufio engages in what is now a food-fight, responding with the same weapon that has been flung at him.

We could learn something from Rufio to apply to our modern-day word-wars.  Unfortunately, some of today’s debaters are not satisfied with words as a weapon.  When their opponent on whatever issue says something offensive, they respond not with the agreed upon weapon of choice, well-thought-out words, but often with a sword.  The sword could be a campaign to boycott a business, or an attack on someone’s license to practice their profession.

Consider the battle in California for and against Proposition 8.  When the opponents of same-sex marriage became too vocal in their campaign to pass Proposition 8, those against the proposition resorted to using all kinds of weapons in what should have remained a war of words.  Religious buildings were vandalized, envelopes with a white powder resembling anthrax appeared in the mail of Prop 8 supporters and places of business were picketed and proponents lost their jobs.

You’ve heard the saying, “Don’t bring a knife to a gun fight.”  I contend the reverse is equally important. “Don’t bring a gun to a knife fight.”  When the weapon of choice is words, both parties should have the integrity to do what every kindergarten child having a temper tantrum is taught, “Use your words.”

In Alma, we meet a poor loser who could not tolerate the honest speech of Gideon.   Gideon withstood Nehor with the words of God, and Nehor, unwilling (or unable) to respond with words, changed weapons, drew his sword and slew Gideon.  Abinadi was burned at the stake because of his words.  Jesus Christ was crucified for his words.

Meridian recently ran an article about abortion in response to the Supreme Court’s overturning of Roe vs. Wade.  The authors of the article wrote under a pseudonym precisely to prevent those with opposing views from using weapons of destruction to fight what should be a war of words.

When people resort to using weapons of destruction in response to an issue it indicates they do not have confidence in their own words.  They want to silence their opponent for fear he will be heard.  They do not believe they have the ability to persuade people to see their point of view as long as the other point of view can be heard.

There is no such thing as Freedom of Speech in America when the consequence of freely speaking results in destruction of personal property or a loss of livelihood.

We all learned as children that “Sticks and stones shall break my bones but names will never hurt me.” That’s how it should be.  We were taught not to be offended when people used their words, as the first amendment allowed them to do.  They could call us names if they wanted to, but sticks and stones were weapons of destruction and did not belong anyplace near a war of words.  We were not warned that one day someone might respond to our words with sticks and stones.

Granted, words, when aimed maliciously, can hurt as much as sticks and stones and we might need to hold up our metaphorical shields to protect ourselves from such words.

Nevertheless, good sports will enter a war of words without hitting below the belt.  They will engage in civil discourse, refraining from profanity or name calling.  (Full disclosure: Rufio and Peter fail on this account, as their war on words is full of name-calling.)

In real life, personal attacks do not belong in a war on words and are the weapon of someone who is desperate.  When King Noah’s priests could not defend themselves against Abinadi’s words, they accused him of lying.  Still unable to respond to Abinadi’s logic, they resorted to name-calling, insinuating that he was “mad.”  Ultimately, they used a weapon of destruction to silence his words, burning him at the stake.

I don’t see a lot of schools offering debate class anymore, but when I was in high school, Debate was a popular course.  In Debate, we were forced to examine both sides of an issue.   One day we might be assigned to argue for health care reform, and the next day we would be assigned to argue against it.  We learned not to become too attached to any one point of view because there were always legitimate arguments on both sides.  We learned to be civil in our discussions because the issues were seen as separate from the person.  Perhaps Debate should be a required class, if for no other reason than to teach the next generation to refrain from using weapons of destruction when engaged in a war of words.

Welcome back, I've missed reading your articles unless they've been printed and I haven't seen them. I find your logic and adept ability to express yourself, refreshing. There would be a lot less conflict and hurt if the adage, "is it true, is it kind, is it necessary?", preceded our words.