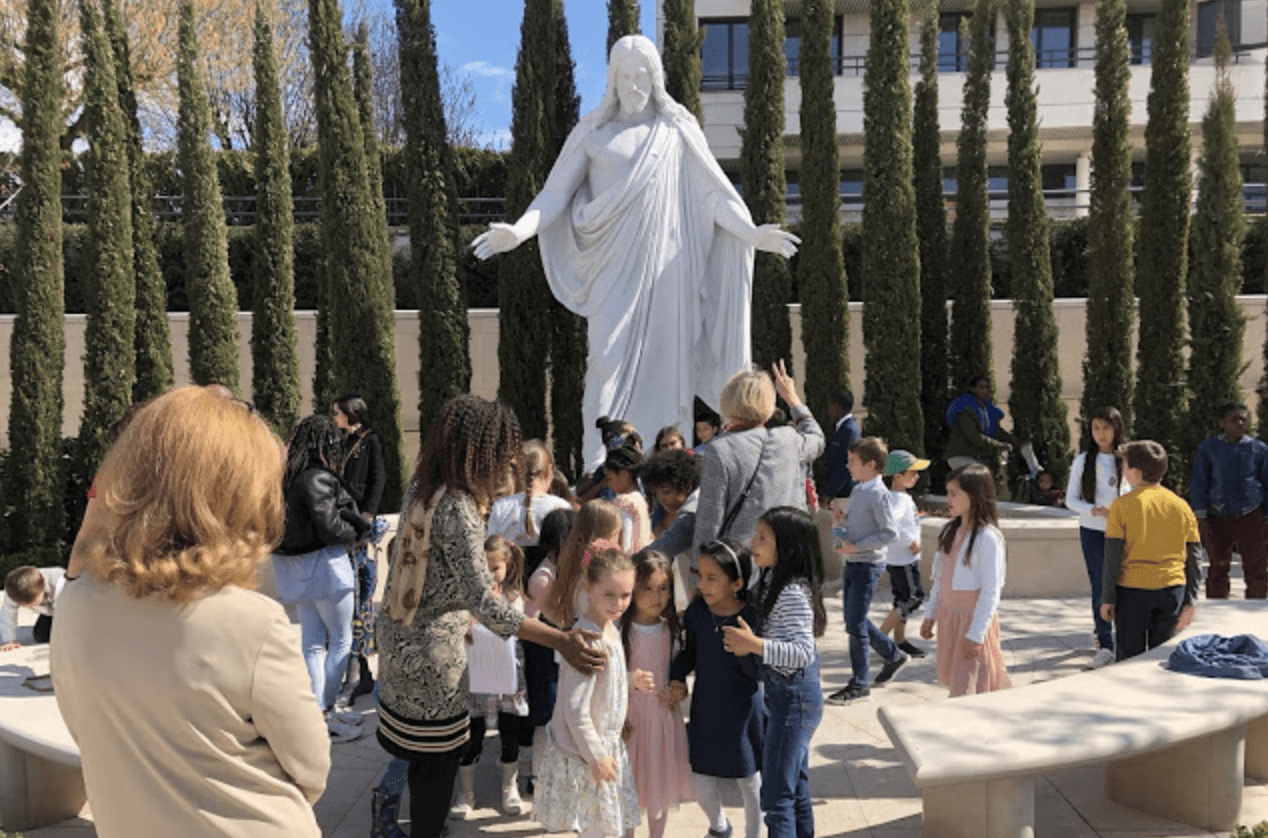 A Treasure Hunt for Symbols of Christ in a Temple Garden

The family of six was active, curious, and anxious for a sacred temple experience in the varied bustle of touring Europe and now France.  I shared with them that good temple training was to learn to find and understand symbols and that there were many symbols of Christ in the garden.  They wondered how to find them and wanted a key.  I suggested that they let the children in on the game and prayerfully invite them on a symbol treasure hunt.

Then I told them this story:

Last week a couple came into the Paris Temple Visitor’s Center.  He was from Portugal and had joined the church two months ago.  They were both there to see the new temple and enjoy the gardens and spiritual peace. After orienting them to the model of the temple, I suggested that being taught by the Lord through symbols required that we learn this new language, the language of symbols.

After talking about the value of the scriptures in gaining this linguistic experience, he asked what else he could do.  I suggested that they take a walk through the gardens looking for the twelve to fifteen symbols that some had identified in the garden. He asked for some examples.  I usually give a couple, but this time felt to invite him to be prayerful and return and report.  At first, he just thought I was joking.  He spoke very good English, so I suggested that one man’s symbol is another’s yawn. He got my point that finding them prayerfully gave personal value to them in a way that just following someone else’s research couldn’t do and so agreed to go practice the language of symbolism.

After about an hour or so they returned displaying a long list on his phone.  His list was longer than mine, but he remained puzzled and insisted that I tell him what the number nine represented. It was my turn to look puzzled.  He laughed and explained that the number nine seemed to be the theme of the garden in that there were nine of so many things.  I asked for an example.  He pointed to the nine tall thin trees that form the first-row back drop to the Christus statue and then insisted that I tell him what nine symbolized.  Searching for sources for our now joint curiosity, I suggested that the Hebrew alphabet might be a source.

I had used it in an earlier Meridian article so I accessed it with my phone.  I explained that each letter in the Hebrew alphabet is also a number since there are not separate characters.  Then each letter/number is a small representative of a symbol, the number nine is the Teth which is an image of “the womb”.  Its secondary meanings are “rebirth” and “final judgement.”

I asked him if any of the things that he found with nine fit in symbolism.  His eyes, by that time were like wide saucers. “All of them fit!” He exclaimed.  “Christ is the final judge and the source of rebirth. The temple is indeed the source to come for rebirth!”  I agreed and began to encourage people to prayerfully go and find their own symbols in the garden.  It has become a favorite temple activity, especially for parents with restless children as they go on a treasure hunt together.

It was to Adam that God first told to use symbols in teaching their children the plan of happiness including the ubiquity of intentional symbols that all bear record of Him.  We swim in a sea of symbols since “All things have been created to bear record of Him.” (Moses 6:63)

During Easter Week, we watched many a wide and searching eyed child out on a symbol hunt in our Garden.  They may not get to eat them like their easter egg and candy but they may be more understanding of the sacred symbols that will one day be part of their education in the divine university that is the temple!