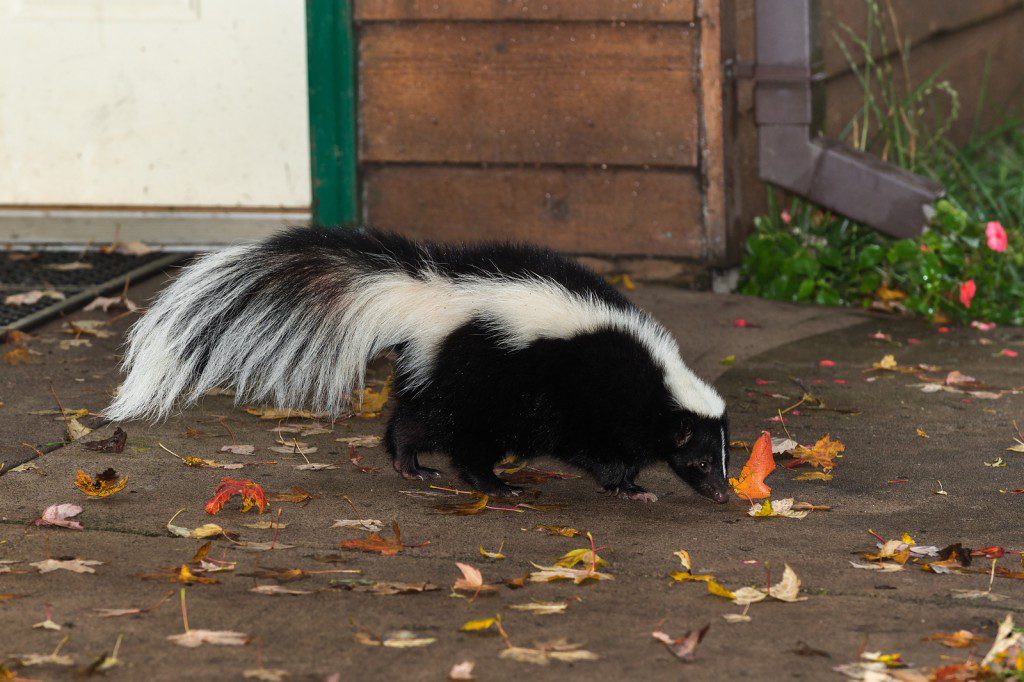 One thing I love about working at the university is the young people I have the opportunity to associate with. We recently had two young ladies spend a lot of time in our home. One of them, Laura, was in my math class. The other, Kathy, was one of my wife’s Elementary Music Methods students. They happened to be roommates and were both city girls, unaccustomed to country life. I liked to take advantage of their naïvety and tease them.

One night they came for dinner and stayed late, visiting and playing games with my daughters. It was after dark by the time they were leaving, and I said, “Drive carefully. This time of year there are a lot of animals on the road out here in the country.”

They laughed. “We are used to cats and dogs crossing the road,” Kathy said.

They smiled, and I could tell by the look on their faces that they didn’t believe me. “Moose and skunks?” they asked sarcastically.

“Here is something to remember,” I told them. “If you come across both a moose and a skunk at the same time, avoid the moose and hit the skunk. The skunk will only make your car smelly, but hitting a moose is deadly.”

“Are you serious?” Kathy asked. “A moose and a skunk together?”

“You never know,” I replied. “I’ve heard that moose and skunks sometimes run together in herds to protect each other.”

I watched them look at each other and roll their eyes. They obviously didn’t believe me. The next day, as I was driving my children to school, we came across a huge, dead skunk in the middle of the road. We could smell it for nearly a mile before we saw it and continued smelling it for many miles after we had passed by. Obviously, someone had hit it only the night before. As I recalled my conversation with the two girls, I laughed and said to my daughters, “Laura and Kathy must have come across a moose and a skunk last night.”

I, of course, was joking, because the chance of them being the ones to hit it was very small, and the chance of a moose and a skunk being together was almost zero. But later that day I received an interesting call from Laura.

“Hi Professor Howard,” she said. “Can I possibly park my car at your house for a few days?”

“Do you remember how you told us to be careful as we were driving home last night because we might see moose and skunks?”

“Well, we thought you were joking. But when we were on our way home, we suddenly saw a skunk up ahead, so I swerved into the other lane to avoid hitting it.”

“That was smart,” I answered.

“But just then a moose ran into the road in front of us, and I remembered what you told us about avoiding hitting the moose at all costs, even if it meant running over the skunk. So I swerved back into my lane to miss it like you said I should, and I hit the skunk dead on.”

“With the emphasis on dead?” I asked.

“Yes,” she replied. “And my car smells so bad that our apartment manager asked if I could find another place to park it until the smell goes away.”

Even though I had only been teasing them, I was suddenly grateful I had mentioned what I had. If they had hit the moose, it probably would have killed them.

“I’ve learned my lesson,” Laura continued. “And I have warned everyone I know to be careful driving because moose and skunks run together in herds.”

They sure are cute little stinkers! We had a herd of baby skunks that lived under our house for about two weeks. I kept thinking it was my imagination that I could smell skunk when I passed our floor furnace. It wasn't until I realized they seemed to appear FROM and disappeared INTO our backyard via slipping under our side gate. One day I quietly followed them and watched as they slipped through a break in a vent of our crawl space. We walked on eggshells while hubby kept track of their sleeping/feeding schedule. One day while they were on our porch eating the cat food we set out for a feral cat, he crawled under the house and nailed up the vent - after counting our little boarders. While nailing their front door closed, one of them tried to open it with his nose! I later talked to a neighbor in our ward whose nephew was sprayed by a larger, lone skunk....and we lived within 15 miles of downtown Los Angeles!! Suburbia with skunks, racoons and squirrels!