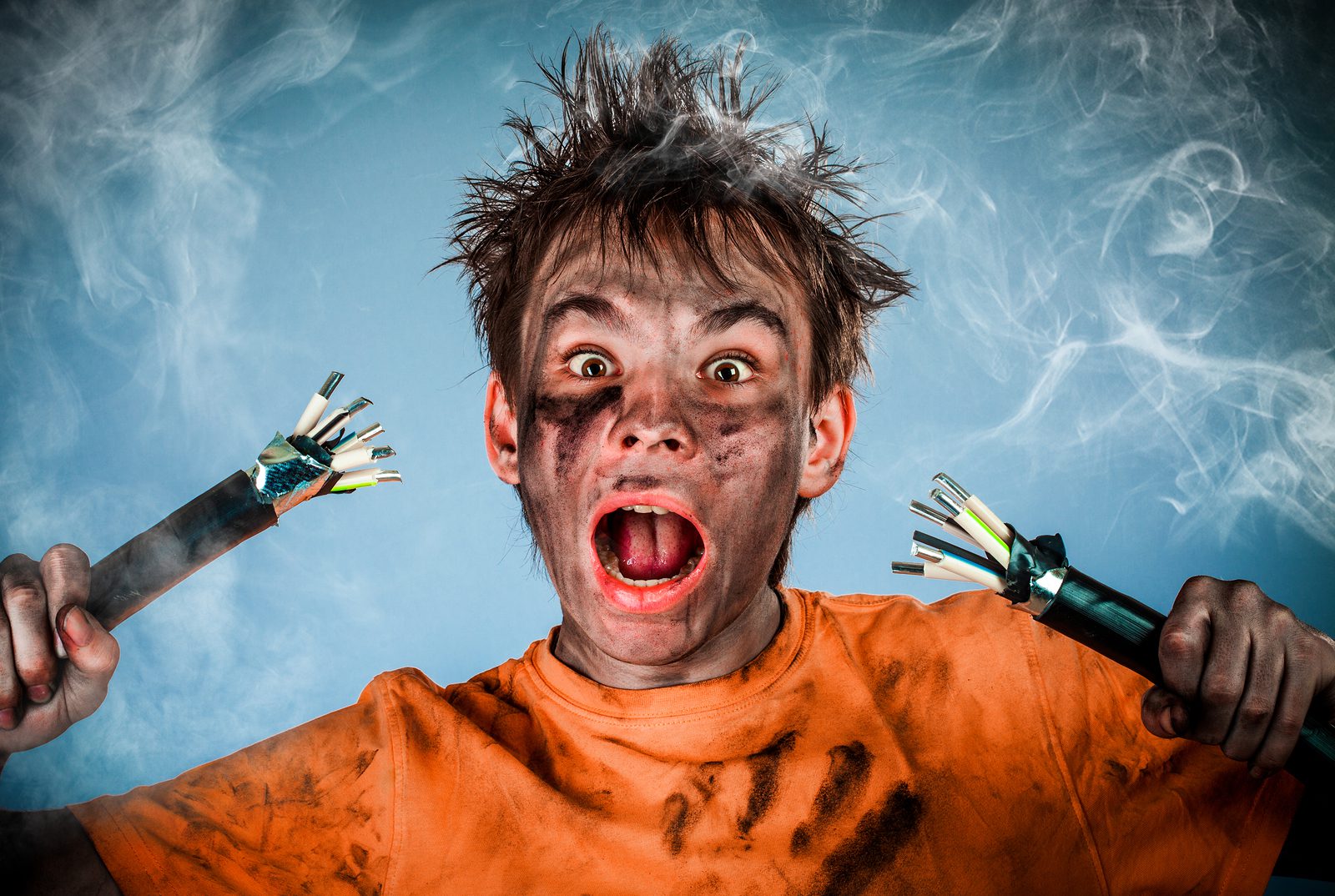 The teacher of our mechanics class held up the condenser in one hand as he spoke. “When this thing reaches full charge, it cuts the electric signal across the coil, and the voltage jumps to around 40,000 volts. Let me pass this around so everyone can look at it.”

With that he tossed it to Lenny, who was sitting in the front row. When Lenny caught it, he let out a scream and flipped over backward, falling out of his chair onto the floor.

Our teacher roared with laughter. “That is another lesson you can learn. The condenser packs a pretty good charge, but it only releases it if you touch both ends.”

The teacher then expounded how even the 40,000 volts won’t kill a person, though it would, as he said, “…make a person’s eyes light up”.

Our teacher joked about how Lenny’s eyes had definitely done that, even as Lenny was still panting from the shock he had received. But our teacher had definitely picked on the wrong person for his joke, because Lenny wasn’t one to just let something like that go by.

It was only a few days later that the intercom blared into our room requesting that our teacher come to the office. He had no sooner stepped from the classroom than Lenny was marshaling the forces for his revenge attack.

Lenny wasn’t anything if he wasn’t persuasive, and before long even those who were reluctant about his plan had joined in. Still thinking about how our teacher had mentioned that the coil, though not deadly, produced 40,000 volts, his idea was really quite simple.

We had engines that were mounted on movable platforms for teaching and competitions in troubleshooting. We would just roll one into the classroom up near the door, connect a wire from the coil to the doorknob, and wait for our unsuspecting teacher to return.

Lenny organized a group to get the engine; that was my group. Others were assigned to move desks to make a path, someone was sent after a copper wire. It wasn’t five minutes before everything was in place. And it wasn’t a minute too soon, as John announced that our teacher was coming.

John had been given the assignment of lookout because he was the tallest, and there was only one small window in the whole room that faced in the direction of the main building. It was high up, above the head of all, and even John could barely see out of it standing on his tip toes on top of a desk. Even then he could only see the top of our teacher’s head through it.

As our teacher got near the door, he moved beyond John’s view, and our only option was to watch for the movement of the door knob. All eyes were fixed steadfastly on it, with the exception of Tom, who was standing at the ready near the key to the engine. It was his job to crank it to send the fateful current to meet its unsuspecting victim.

Lenny had his eyes anchored on the door knob, hand in the air like a starter at a track meet. Suddenly the door knob started to turn. Lenny’s arm dropped like a firing piston as he yelled, “Now!”

Tom turned the key, and the engine cranked. Everything happened within a second, and instantly, from outside the door, there was an ear shattering scream. I could just imagine the power of the jolt that had passed through our teacher, since the ground outside the door was deep in watery slush, adding to potency of the voltage.

We had no sooner heard the scream, than Tom let go of the key, and Lenny, bellowing with laughter, jerked the door open. Everyone crowded around for a look. It appeared that our teacher had been blown clear off the step, because he was lying face-down in the snow drift just beyond the slush puddle.

“The only thing that would have been better,” Lenny said, through his laughter, “is if we could have seen his eyes light up.”

But indeed, we did see his eyes light up, because when he rolled over, it wasn’t our teacher at all, but a big, ex-army drill sergeant administrator, and it wasn’t happiness that lit his eyes up, because he definitely wasn’t smiling.

Wow! That was a nice backfire. But, what happened next? I don't want to imagine it. I'd love to know the fact.