A Servant’s Heart: We Feel it a Pleasure to Serve Thee | Meridian Magazine 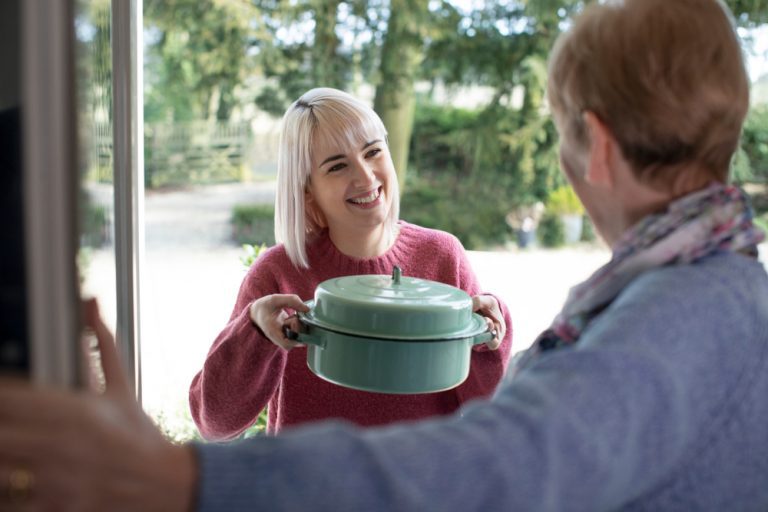 A Servant’s Heart: We Feel it a Pleasure to Serve Thee

You gotta love those Saturday morning cleaning assignments at the church. You pray that more than two or three people will show up to wash windows and glass doors, scrub down the bathrooms, and vacuum yards and yards of carpet in your meetinghouse. Last month my husband and I were pleasantly surprised when an unusually large crew of ward members arrived at the building with smiling faces. It was a pleasure to serve under those conditions, and we finished our jobs in record time.

As I headed home afterward, thinking about service, I recalled a conversation with my stake president years earlier at the close of a temple recommend interview. President Lew expressed his appreciation for my husband, who was his counselor, “I love working with your husband. He truly has a servant’s heart.” I had to agree.

For three and a half decades I have watched Brad serve without complaint in time-consuming callings in the church. First as counselor to three different bishops, then as a bishop himself. He served in the stake young men’s presidency, spent years as a high councilman, and then in two stake presidencies. I never heard a single moan from him about the endless stream of meetings, interviews, visits, and late nights involved in his callings. During his six and a half years as bishop our ward divided four times, and after each division Brad had to put his newly aligned ward back together again, spending long hours calling new auxiliary presidencies and filling teaching positions.

A servant’s heart is OBSERVANT AND PROACTIVE, doesn’t wait for an assignment.

I once heard my Bishop say, “Some people are not only willing to serve, but they want to serve.”  He had noticed that many ward members were willing to serve if you give them an assignment, but a smaller number of people were so eager to serve that they actively looked for opportunities to do so.

One of the most tender acts of service I have ever witnessed occurred on the weekend my friend Kelly– after much prayer and agonizing–made the heart-wrenching decision to divorce. I wouldn’t have blamed her if she had chosen to stay home from church that Sunday, but not only did Kelly come for the full meeting block, she also attended ward choir practice later in the day. As the choir director at the time, I had a front row view of the pain in her face, marveling that she had come to the rehearsal during a time of heavy sorrow. Then she did something extraordinary. In the midst of her heartache, she looked outside of herself, noticing that the only tenor at choir practice that day was a teenage boy who was nervous to sing by himself. Quietly, Kelly slipped over from the alto section and sat by the teenager to help him learn the tenor part. I’m not sure anyone else saw what she did, but all these years later I’m brought to tears when I think of Kelly’s servant’s heart.

In January 2021, my husband spent nine days in the hospital due to complications from Covid-19. There were a few tense nights when I wasn’t sure he was going to make it. I was home alone, not allowed to stay at the hospital with him, and under quarantine myself. On the most difficult day, after praying nearly constantly and feeling weighed down with worry for my husband, the doorbell rang. I found my neighbor Louie standing there. He introduced himself as my “assistant ministering sister,” sent by his wife Lori–my actual ministering sister–who was in the hospital herself, battling cancer. In spite of her own severe health crisis that week, when she heard about my husband’s condition, Lori assigned Louie to bake cookies to deliver to me. Their kind offering–during their own time of trial–was a soothing balm to my troubled spirit. Louie and Lori have servant’s hearts.

A servant’s heart is COMMITTED, serves even when it’s inconvenient or unpleasant.

Sister Linda K. Burton taught, “…serving is not always convenient and doesn’t always fit our own timetable…Sometimes we are tempted to serve in a way that we want to serve and not necessarily in the way that is needed at the moment.” (2)

Thirty-two years ago, a woman with a servant’s heart made a huge impact on me. My first child, Sarah, was just shy of her first birthday when she severely burned her little hands. We spent time in the emergency room and later at the U of U burn center having her burns treated and her bandages changed. After a few days, my husband needed to be at work, and I knew I couldn’t change Sarah’s bandages alone. I was extremely nauseated from my second pregnancy and felt faint seeing the terrible second- and third-degree burns. I also needed someone to hold Sarah during the process. I could hardly stand to ask anyone to come deal with my screaming little one, but as I considered who I dared impose on, the name of my visiting teacher came to mind: Fae. I hadn’t known her long, but I mustered up the courage to call and ask a difficult favor and she responded eagerly.

No one wants to hold a child who is thrashing in pain while dealing with traumatic medical issues, but Fae was a rock for us. She tenderly held and soothed my little Sarah through the ordeal while I alternately changed bandages, sobbed, and fought the urge to vomit. After everything was taken care of and Sarah’s pain medication began to take effect, I collapsed on the couch, thanking Fae profusely. She actually thanked me for the privilege of assisting us, saying that every morning she asked the Lord, “Who needs my help today?” It would have been less stressful for Fae to bring dinner to us that day instead, but she did what was most needful. My daughter and I were powerfully blessed by Fae’s servant’s heart.

A servant’s heart is FILLED WITH LOVE.

Vinnie was my faithful visiting teacher for many years in the days before “ministering.” During the summer of 2011, my orthopedic surgeon determined that I needed surgery on my left shoulder and my right knee. Neither surgery was terribly serious, so I asked if they could be performed on the same day, so I only had to be under general anesthesia once. The surgeon agreed.

The surgeries were soon scheduled, and Vinnie kindly offered to bring dinner to my family the day after my operations. I politely declined, assuring her there was no need for her to cook for us since my surgeries were both minor and my two youngest daughters still lived at home and were old enough to fix meals. Unfortunately, my post-op experience was far different than I had anticipated. My shoulder ached fiercely, while my knee was extremely swollen and painful.

After a wretched, sleepless night, the day after my surgeries was exhausting, and I dreaded supervising from the couch while my daughters cooked. But just before dinnertime the doorbell rang and one of the girls hurried to answer it. Imagine my surprise when Vinnie entered the family room carrying a large pan of homemade chicken enchiladas, even though I had refused her generous offer. I have never been so grateful that someone ignored me when I said I didn’t need help! I felt such relief–and so did my daughters. Those creamy chicken enchiladas were the best I had ever tasted, and I’ve never figured out if it was because Vinnie’s recipe was extra good or because she made them with so much love.

After her offer to bring dinner was declined, Vinnie could easily have considered that she had done her duty and crossed me off her list. But because she was filled with true charity, she was genuinely concerned that I might need a meal brought in after all.

The form of a servant

A servant’s heart may be revealed in the way a person accepts and magnifies a difficult assignment. It can also be revealed when there is no calling extended, yet a person feels moved to action when they see an individual or a group of people in need of assistance or compassion.

Our ability and availability to serve may change during different seasons of our lives. When I was a stay-at-home mom raising five young children, I often regretted that I couldn’t do more to serve in my ward or volunteer in the community. But I was reminded by a wise friend that the majority of my time during those years was actually spent serving. I was feeding the hungry, clothing the naked, and ministering to the sick–they just happened to live in my home.

Of course, the ultimate example of having a servant’s heart is Jesus Christ. Acts 10:38 tells us, “…God anointed Jesus of Nazareth with the Holy Ghost and with power: who went about doing good…for God was with Him.” In my mind I’ve always emphasized the fact that the Savior “went about doing good,” but while reading this scripture recently I realized it gives a key to why Jesus did what He did: “for God was with Him.” When we are filled with the spirit of God, we are also filled with love and concern for His children. “Let this mind be in you, which was also in Christ Jesus: who… took upon him the form of a servant…” (Philippians 2:5-7)

After crying out to God and experiencing the joy of repentance, Enos wrote, “…I began to feel a desire for the welfare of my brethren…”  (Enos 1:8-9) In the stories of Alma the younger and the four sons of Mosiah, it is evident that as they repented of their sins and had communion with the Holy Spirit they were transformed into true servants–spending their strength in the service of their fellow beings. President Henry B. Eyring has said, “Our desire to serve others is magnified by our gratitude for what the Savior has done for us.” (3)

Sister Burton observed: “For some, serving or ministering one by one, following the Savior’s example, doesn’t come easily. But with practice, each of us can become more like the Savior as we serve God’s children.” (4)Eventually, we will be able to sing with conviction, “We feel it a pleasure to serve thee.”

3. “Trust in That Spirit Which Leadeth to Do Good,” President Henry B. Eyring, April 2016 General Conference:

The urge to serve is foreign to our natural man and woman instincts, but your loving, spiritual insights are marvelous in motivating! Thank you. We love you and appreciate your example of service and your thoughtful words teaching us how to serve more like the Master Servant.

Explain this: When you have a servant's heart you serve even when it is "unpleasant". How an it be unpleasant when it is supposed to be "a pleasure to serve Thee"?