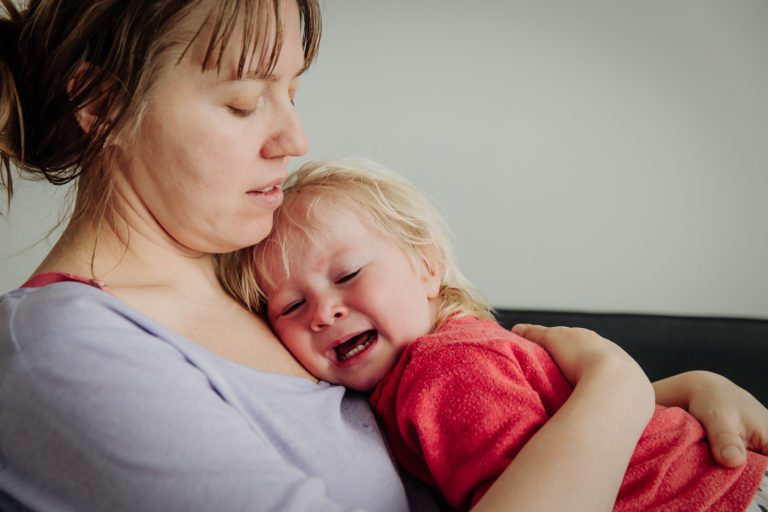 A Safe Place to Crumble

Some call them growing pains. At best it’s an episode, at worst a tantrum. But my family’s favorite term for when a child’s situational stress outweighs their mental strength is “The Crumbles.”

The Crumbles usually occur the night before a big project is due, the morning of a big game, or when they went to bed late and the sun rose too early. Seemingly small problems like running out of milk or burning the toast can trigger what I would call a disproportionate response.

Depending on age, symptoms of The Crumbles include but are not limited to: flailing limbs, inability to stand, loss of critical thinking skills, or failure to reason. You know that moment when a child’s ability to reason clouds over into the ridiculous?

I have a child who gets The Crumbles more than most. The catch: he only gets them at home. Not at a friend’s, never at school, and most certainly not in front of his coach. His teachers have nothing but glowing things to say about him. He’s so thoughtful and helpful, so attentive in class! But at home this cookie crumbles into copious tears and growls that often exceed my patience. How come everyone has the magic touch with my own child but me? Do I bring out the worst in him?

Then I got some insight when I picked up my daughter from Junior High. She had auditioned for the school musical and cast lists were up. I watched her exit the school, a bright smile plastered to her face as she said goodbye to her friends and made verbal commitments for the weekend. To everyone else, she looked full of confidence. I thought she had gotten the part! But her dream role, the part she was born to play, the ingénue, was given to another. Chin up, stiff upper lip! It was not until she was behind the cloak of our tinted windows and drowned out by the roar of a loud engine, that The Crumbles took over full throttle. Ability to reason flew out the vents and choking sobs took over.

We stayed nestled in that cocoon of a car long after we reached our destination. It then occurred to me that it was my privilege to provide a safe place where she could crumble. Her sadness wasn’t because I was doing something wrong as a parent. She felt safe with me. Was I doing something right?

All those teachers, friends and coaches who have never seen my boy crumble, don’t necessarily have the secret sauce to developing youth. Maybe they’re just like all the other peers for whom he puts on his game face? Maybe my children all need a safe place to crumble now and then so they can get back out there and stand strong?

That safe place can’t be bought with a million dollars and it sure ain’t found at Disneyland. No, cookies crumble best at home.

all so true !! What is really awesome is when we as a parent are aware of this! You are the best! Thank for coming back to sharing with us !!

I realized this when my oldest was a toddler and would be the perfect child at the babysitter’s and have a complete meltdown by the time we got home. After a few months of this, I realized that he’d been keeping it together (he was 2!) for several hours and knew that now that he was with momma, he could let all those scary emotions out. Honestly, my husband does it too! It helped so much when I realized what was going on—I’m happy they trust me to be that safe harbor.