A Risky Experiment with our Nation’s Children « Meridian Magazine 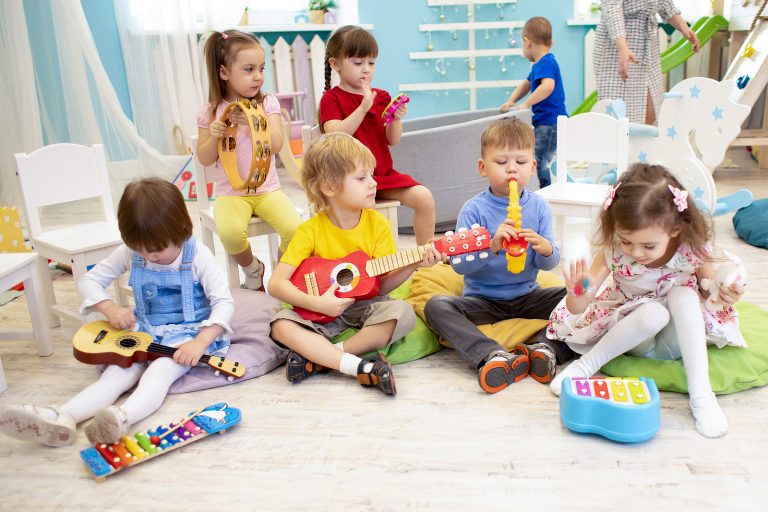 A Risky Experiment with our Nation’s Children

President Biden’s recent proposal to spend an extra $225 billion on child care, on top of the $40 billion for child care that is already part of the American Rescue Plan, and the $10.3 billion the federal government spends on child-care subsidies should be concerning to all of us. As JD Vance and I recently wrote in The Wall Street Journal, the new plan, billed as an effort to help low- and moderate-income families, would put America on a path to becoming a society where the state assumes much of the care of young children. That level of spending concerns us. But far more important is the risk this presents to our children.

When Quebec, Canada, launched its universal child care program in 1997, they believed many of the arguments advanced today in support for President Biden’s proposal – universal child care would ensure a “healthy start” for all children through high-quality early care and education, while simultaneously enabling larger numbers of mothers to join the workforce. Women’s workforce participation did increase significantly. As it turned out, though, this came at a high cost to the well-being of Quebec’s children.

On average, children who had been in the child care program showed significant increases in anxiety, aggression, and hyperactivity. As children grew, the social-emotional problems not only persisted, but in some cases increased, particularly for boys with the most elevated behavioral problems. As the children grew into young adulthood, self-reported health and life satisfaction decreased significantly and Quebec saw a subsequent “sharp and contemporaneous increase in criminal behavior.”

Some advocates of President Biden’s plan have blamed these findings on what they think must surely be the result of low-quality child care, arguing that the U.S. would surely avoid that problem. But this ignores the incredible, if not impossible, challenge of maintaining intensive, high-quality child care on a large-scale. In fact, the U.S. has never maintained consistent high quality in a large-scale government-funded program, particularly for disadvantaged children. This is evidenced in our K-12 public school system, as well as the persistent failure to provide high-quality care for the relatively small number of children in the $10 billion Head Start program.

It also ignores the reality that even high-quality child care in the U.S. is linked to negative social and emotional outcomes for children who spend lots of time in institutional care. The extensive, longitudinal study of child care done by the National Institute of Child Health and Human Development found that regardless of child care quality, extensive hours in day care predicted increased aggression, decreased social competence, and adult-child conflict. Where 2% of children who averaged less than 10 hours per week exhibited behavioral problems, 18% of those who averaged 30 hours or more and 24% of those who averaged 45 hours or more per week showed negative social emotional effects. These risks continued across development.  By age 15, extensive hours in nonparental care predicted increased risk-taking behaviors, substance abuse, and impulsivity in unsafe activities.

A fairly new body of research comparing children’s stress levels in child care and at home sheds new light on why children in long hours of daycare might be at risk for social-emotional challenges. By measuring salivary levels of cortisol, a growing number of studies (see here and here) have found that some children’s stress levels increase significantly when they are in child care—especially full-time, center-based care. When at home, their cortisol levels return to normal. The effect of this phenomenon is not precisely known. But persistently elevated stress during early childhood has been established as a risk factor for adverse developmental outcomes, including disruptive behavior.

In fact, children are “hardwired” to develop within highly responsive, one-on-one nurturing relationships with familiar people. These primary attachment relationships based in love and security occur during a period of massively accelerated brain development when children have unique mental and emotional health needs. Core familial relationships become the drivers of all other development – social, linguistic, cognitive and academic. In fact, the highest quality standards for child care promote exactly what happens in the average home—one adult in an active, stable and encouraging relationship with two to three children. This standard is difficult to duplicate in institutional settings, especially on a large scale.

Does that mean that daycare is always bad for children? No. These findings indicate that it is extensive hours (30 hours/week) that are associated with increased risks for children. Limited hours are not associated with increased risk. Most importantly, family factors are far more predictive of all developmental outcomes than any child care factor, including the amount of daycare. For children from disadvantaged homes, research suggests that intensive, high-quality child care can be beneficial. Intensive, high-quality child care can provide a stronger level of consistent, nurturing relationships than what they are able to receive at home.

But young children from average, healthy homes can be harmed by spending long hours in child care. That is why we have to take seriously the risks of President Biden’s proposal. Moving millions of young children out of their homes into nonparental group care will have unintended negative effects on children’s emotional and social well-being. We would be better served if we focused on strategies to protect and strengthen parents’ capacity to provide strong, loving and secure relationships–rather than displace—the crucial role of parents especially during the first, foundational years of development.

Parents themselves intuitively know this. In a major survey of parents with children aged 5 or under, conducted by Public Agenda in 2000, nine out of 10 said that if a family can afford it, it is almost always best for young children if one parent stays home with them full time. Four out of five of parents said that young children were less likely to get sufficient affection and attention from caring, well-trained professionals in a high-quality center than they would at home.

It should not surprise us then that a recent YouGov/American Compass survey found that poor, working-class and middle-class survey respondents prefer a model with one parent working full-time and the other providing at-home child care. In fact, many families put their kids into child care because they have to, but the clear majority of Americans say they want to spend more time with their kids. Those preferences aren’t misguided.

That is why JD Vance and others, including Sen. Josh Hawley, have advocated for policies that aim to better enable parents to spend more time caring for their young children themselves, rather than seeking to outsource young children’s care to paid professionals, especially in the critical first five years of life. These are policies that are oriented toward helping families provide the care they think best supports their child’s development. Evidence, and our own intuitions, suggest that would be a better path than taking a risk with millions of children’s lives through a massive, national experiment with our nation’s children.

Communist countries always want to get the children away from their parents as early as possible, because beliefs and behaviors are instilled during the first 5 years of life. If the government controls the child's beliefs, parental authority and religion can be stomped out.

I hapoen to work for Head Start as a preschool teacher. We are a high-quality preschool program, not a daycare. This has always been a misconception about Head Start. And to say it is a failure is not at all accurate. The good we do to help our families, as well as our children, is the definition of success, not failure. I would like to know where you came up with calling our program a failure.