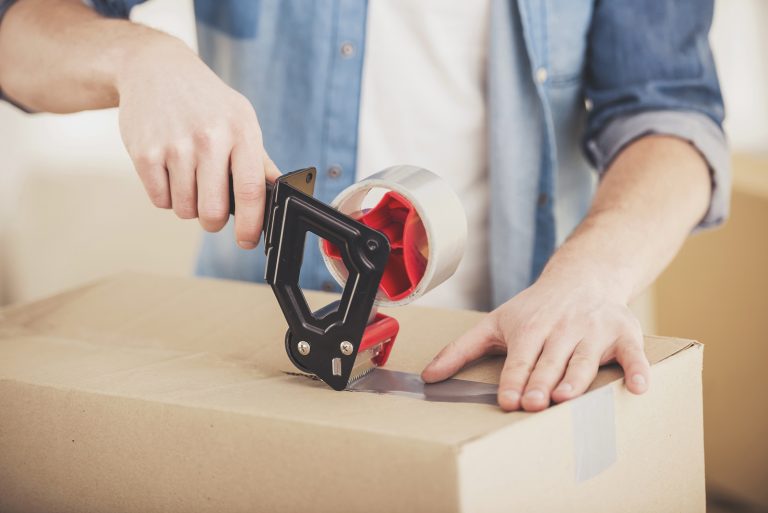 I’m pretty sure I don’t hold the record.  Some, when they hear my measly 23, might cluck their tongues, roll their eyes and say, “Get back to me when you hit 40.”  And their tone will convey the deep Yoda-esque wisdom that only comes after you have paid your dues in the moving club.

It’s an exclusive club—filled with adventurers and misfits, CEO’s and students, gypsies and idealists.  I fall somewhere in the average with maybe a leaning towards gypsy.  My parents planted those vagabond seeds early in my life, and I admit I do often hearken to the “call of the wild”.  It goes back several generations, so thankfully a pointed finger doesn’t linger too long in any one direction.

My moves have taken me across the United States—north and south, east and west.  Some were made during hard times.  Those are the moves that involve copious amounts of packing and sorting and heavy lifting.  Sadly, only a few involved any professionals. (Let us all just pause here for a moment of silence as we genuflect to professional movers…)

My father was the great economizer and always opted to take the moving budget allotted by the government and do it on our own.  Those moves made my otherwise jolly father cranky.  I learned as a child to stay out of the way as the beds were being dismantled and the mounds of newspapers crackled as everything was wrapped.  Arriving on the other end carried challenges as well.  Inevitably, the “Moving God” took something in payment each move.  One time all of our black cast iron frying pans and Dutch ovens disappeared.  More recently I sacrificed an artistic rendition of our Shih tzu done by a son.  Another move sucked up a Swiss Army cowhide backpack I had been gifted.  Another my favorite Tupperware bowl.

All moves carry common characteristics.  You perform each and every task mentally before you actually do it.  Your mind sorts and categorizes and inventories—usually in the dead of the night. You go through the list of hook-ups and disconnects and deposits.  You pack some things way too early and then end up shuffling and undoing what you just so carefully executed in the vain attempt to find something. Inevitably, all moves contain a certain amount of camping—that limbo land where you may still have food in the refrigerator (ALWAYS the last frontier), but you don’t have any pots that you can find.

Before long, your counter tops are littered with fast food containers, and you know you’ve reached the point of no return.  You find yourself wearing the same clothes for multiple days, and the dog begins to scavenge for Cheetos in your packed boxes.  The move better happen soon before all civility breaks down completely!  All moves contain winnowing as well—maybe a yard sale, most assuredly chucking and donating.  “Yonder is matter un-organized” reigns supreme for weeks.

The only thing worse than your own move is being drafted to help in someone else’s.  You can bet an old upright piano is in your future once you answer that call.  I remember a couple of outstanding moving experiences I participated in.  A call at 5 P.M. gave us until 9 P.M. to move a sister.  That happened twice with the same unfortunate soul.

Another assisted move involved someone for whom the move was so incomprehensible that she disappeared to another state—but not before instructions and keys to the new place had been left!  Many a bishop has been forced to compose an addendum to the handbook of instructions delineating moving protocol.  Bless the souls who roll up their sleeves.  I once sent a prayer heavenward during a particularly desperate moving time.  An angel named Lou Shelton showed up on my doorstep in Bloomington, IN.  Nearly 40 years ago and I still recall my relief.  I hope she reads this.

Our current move (Ah!  THAT’S where all this is coming from!) doesn’t involve a piano.  My husband Jerry and I are serving as humanitarian missionaries in Morocco.  To us has fallen the pleasure of sorting through nearly eight years of accumulation in this apartment in preparation for a move.  To further complicate our task, the apartment is furnished, so we have had to study the inventory lists and extricate yours, mine and eight years of theirs!  It’s been a perfect mix of archaeology and what has felt like peeking into someone’s bathroom vanity.

We’ve opened cupboards, reached into backs of closets, and gotten down on our knees to extract boxes tucked away.  Think of a roomful (that’s an exaggeration) of junk drawers—duct tape, flashlights (9), dental floss (4), airplane headphones (7), chargers (by the pound), plastic bags ad nauseum, safety pins, disposable gloves (a dozen), and random luggage straps.

When we tackled the multiple containers full of pharmaceuticals, we found mosquito netting and 8 cans of Off—these must work because I think we’ve seen only two or three mosquitoes in a year.  But not to worry!  If those mosquitoes would have bitten us, we have 5 jars of anti-itch cream at the ready!  We found medicines written in Arabic, French and Mandarin with varying expirations dates.  I shudder to think of the condition we could lapse into to need the rehydration kits (9) we found.  Lotions, soaps, shampoos—all left for the use of someone to follow.  Razors, four bottles of nail polish remover.  And dozens of pens.  And cans and cans and cans of tuna and mushrooms.  And baking powder.

This move is only ten tram stops and a 9-minute walk away.   It promises faster internet, an orange tree, a pleasant yard, and most importantly space for the saints to meet to worship.  This move involves only an apartment to vacate and no dogs snooping around for Cheetos (although we did find a sack of cat food).  Every single thing we have handled has kindly said, “Someday the next missionary couple might need this.  I’ll leave it for them.”  So we’ll pack, and winnow, and crate and tote.  We’ll pay deposits and gladly seek out a new grocery and fruit stand.  We’ll sweep up our trail and turn in our keys.  And hopefully sneak quietly under the radar of that old greedy “Moving God”.

I believe I may have helped with one of those moves from Omaha! Maybe I kept, (and fed) , Mugsy for ya! Saved him from scavenging for food. Ha! At any rate...lovely story! (And fb message me when you return home.)

This is great!! Anyone who has moved even once will chuckle and relate!. My question is, when did you find the time to write this delightful piece in all the moving and where did you find the pencil and paper?