A Modern Healing At The Pool Of Bethesda | Meridian Magazine 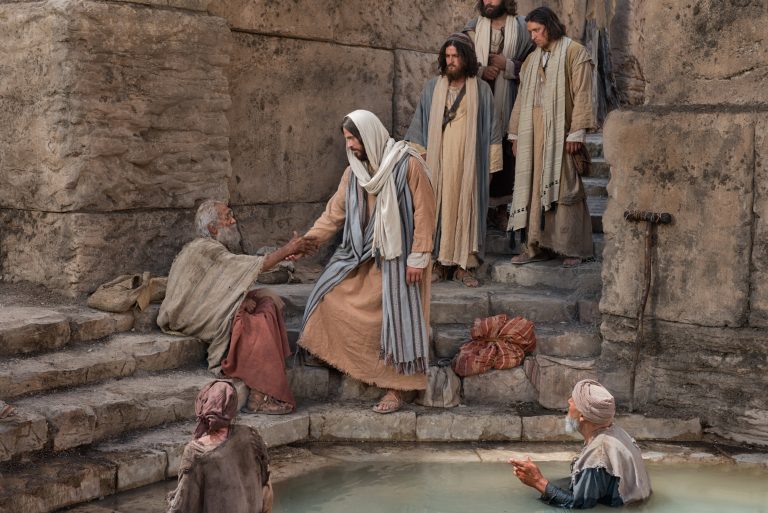 A Modern Healing At The Pool Of Bethesda

Steve is one of the kindest people I have ever met.  His life has been one of service and goodness.  He is quick to see the needs of others, and do what he can to help.  He has done all of this despite the handicap of having only one good hand, with the other deformed from an accident when he was young.  One day he shared a story that helped explain why he is like he is.

As a young boy, he had been playing with firecrackers when one blew up in his hand.  Although the doctors did all they could, his hand was left deformed and mostly unusable.  All of his life he struggled to do many of the things others took for granted.

As he grew older, he desired to become a teacher.  As part of his studies, the opportunity arose for him to spend some time in Jerusalem.  One beautiful Easter morning, just before the sun rose, he made his way in the quiet morning hours to the pool of Bethesda.  Jewish tradition has it that, at certain times of the year, an angel comes down and troubles the water.  Supposedly, if a person is the first one to step into the water after they see the swirling, they will be healed of any infirmity.

In addition, Christian faith tells the story of a man who had been there for 38 years and was too infirm to get himself into the water.  No one would help him, so before he could get there, others would step in before him.  Christ had compassion on the man, and, by his miraculous power, made the man whole.

As Steve found himself standing by this pool, thinking of its tradition of miracles, he prayed in his heart for a miracle of his own – that his hand would be healed.  The thought of being made physically whole again was something he had dreamed of since his accident.  To be able to do what others could do, and not have people stare at him for his deformity, was his biggest hope.  Could there be a miracle for him that would restore his hand, and could it be as simple as stepping into a pool of water at the right time?

As he found himself praying for that miracle, he felt a feeling in his heart, and had a thought come into his mind that surprised him.

“Is it your hand you want to be healed, or would you rather have your heart made whole?”

Startled by this thought, and trying to understand it, Steve considered the times he had seen others struggling with feelings of inadequacy, and how his own experiences had helped him to have compassion.  He thought of the strength he had gained as he had overcome challenges to do things others found easy.  He realized his infirmity had not been his handicap.  His true handicap had been that his heart had not been understanding what he was learning.

In fact, as he considered further, he realized his infirmity had been his friend, teaching him things no other teacher could.  It had enriched his life and blessed him in ways he had never before realized.

Would he be willing to give up what he had learned to have his hand made whole?  He smiled at the thought.  No, instead he prayed for his heart to be changed, and would keep his hand the way it was, because there was probably still more for him to learn.

As the rest of the world started to awake, and the sun blinked over the eastern horizon, other people began to gather.  As Steve left, he understood that each of us, sometime in life, and in some way, will need to come to our own pool of Bethesda.  But the weakness we might need to have healed could be more of an understanding in our heart than one that is visible to the outside world.