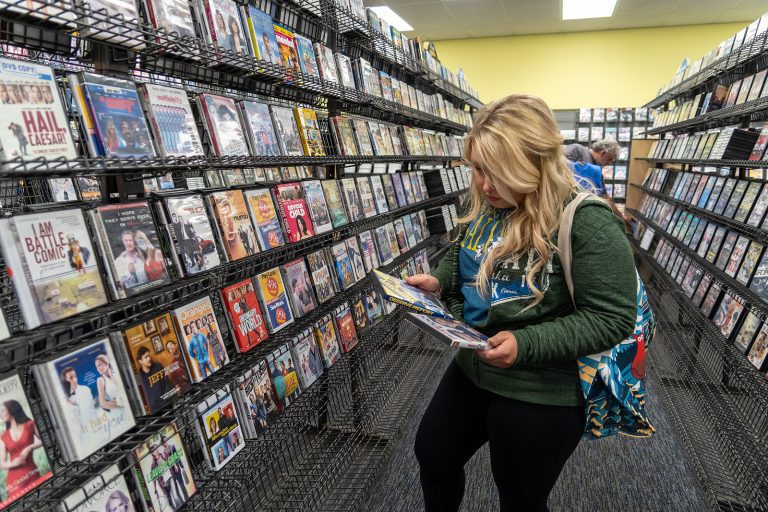 When we visit our children, one thing I really enjoy is pizza and movie night with my grandchildren. It usually gives their parents time for a date, and it gives my wife and me time with our grandchildren. I always buy the pizza and the pop and rent the movie.

One time, we were visiting our daughter, Celese, and her family in California. When it came time to get the pizza and the movie, I asked the grandchildren what they wanted to watch. They settled on Veggie Tales. Frankly, I didn’t know what Veggie Tales was, but I was more concerned about time with them than I was about the type of movie, as long as it was kid-friendly.

I invited my grandchildren to go with me to pick it out, and they gladly headed out to the van. Then, since I was unfamiliar with the city and didn’t have a GPS, I asked Celese for directions to the nearest video store.

“Hey, Dad, why don’t I just go with you?” she replied. “That would be easier than trying to tell you how to get there.”

Since I am very much a country person, I think she was afraid I would get lost with her children, and she would never see them again. But having her go sounded like a good idea.

We all piled into the van and headed on our way. We wound all over the place and finally came to a stop in front of a huge grocery store. We trouped in and went directly to the video rental. The children picked out a video, handed it to me, and then followed me to the front of the store so I could pay for the rental. We then all went out and climbed back in the van.

After everyone was buckled, I turned to Celese and asked, “Now, where do we go for pizza?”

“Oh,” she said, “this place has got the best pizza. They make a take-n-bake pizza that is fabulous. We can just buy it here.”

So we all unloaded out of the van again and went to the pizza counter. After we decided what we wanted, I ordered it. We waited until it was ready, then we traipsed back to the front to pay for it. It just happened that the shortest line was with the same lady that had been the checker for the video.

“Back again so soon?” she asked.

I paid for the pizza, and we all loaded into the van again. We just finished buckling again when one child asked, “Grandpa, weren’t you going to get some pop?”

The children were feeling tired of going in and out of the store, so they just told me the kinds of pop they wanted, and then they stayed in the van.

Celese went with me. “There are a few things I need to get,” she said. “I will just find them while you get the pop.”

She shook her head. “You go ahead and check out. I’ll take care of my own stuff.”

I found the pop and selected the kinds the children wanted, along with root beer for me. When I went to check out, I had hoped to find someone new, but the same clerk as before was the only one with no one in her checkout line.

She looked at me with a strange look as I rolled my cart up. “Just forgot the pop,” I said. I joked about it and said, “This is the last thing I forgot. I promise.”

After I finished paying for it, I quickly left the store. But as I was putting the pop from the cart into the van, I realized I was missing the case of root beer that I had paid for. Just then, Celese came out pushing her cart, sporting a grin.

“Dad, did you forget anything else?” she asked.

I nodded. “I forgot the root beer, and with the way the lady looked at me last time, I think I will just leave it here.”

Celese laughed, pulled the root beer from her cart, and said, “The lady handed this to me on my way out and asked if you were my father. When I said yes, she laughed and said, ‘Well, it looks like you turned out okay, anyway.'”

This treasured memory made me smile! I remember those video rental and pizza stores, and I think everyone can relate to having to go back in and face the same employees! Great times. Thanks so much for sharing.