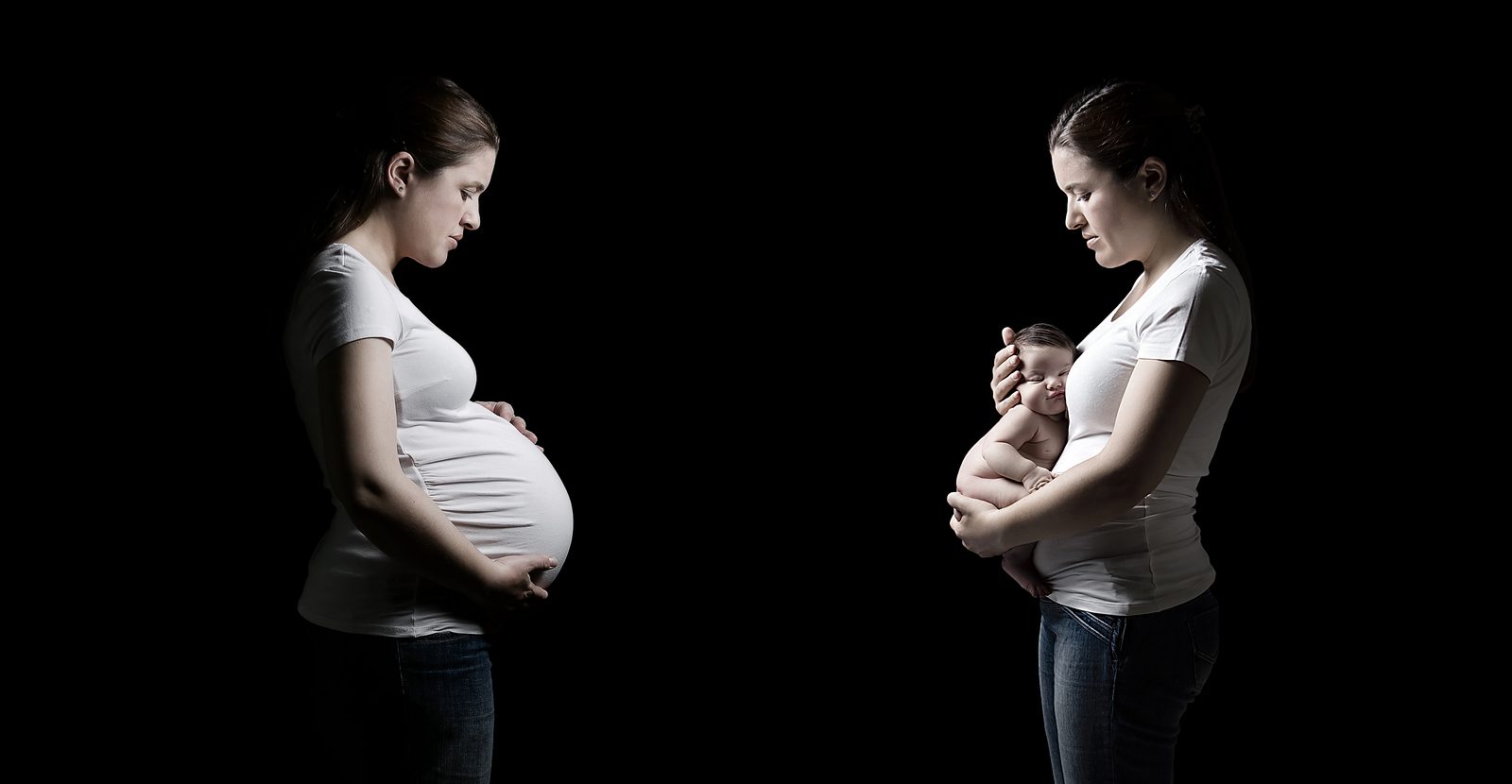 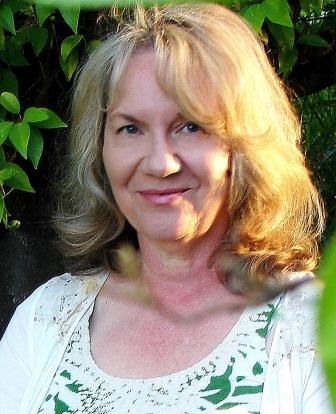 A Life Is Spared–an Excerpt from The Castaways: Real-Life Accounts of Aborted Souls

Editor’s Note: The following is an excerpt from the 2015 book by Sarah Hinze entitled The Castaways: Real-Life Accounts of Aborted Souls.

Returning home from a speaking assignment one day, we were tired and excited to be reunited with our children. We were just getting readjusted to the hustle and bustle of our busy home when the phone rang. One of the conference directors from the event we had just attended was calling.

“Sarah, I’m so glad I caught you. We have a problem on our hands, and you’re the only person I could think to call.” I sat down and listened intently.

“I just found out my daughter has scheduled to have an abortion. She had no intention of telling me, but I saw it written on her calendar. I’ve tried everything to talk her out of it and she won’t listen. Sarah, can you please talk to her.”

I said, outwardly calm, “Yes, please put her on the phone.” I prayed fervently in my heart while I waited for her.  What could I possibly say that would make a difference? Could I tell her that her unborn child lives in heaven and is eager to come to her?  Would she believe me?

The idea entered my mind to share with her a story I had collected years earlier.  After brief introductions, I opened the book and read the following letter received from a social worker who had encouraged her client—an unwed mother—to write a letter to her unborn son to read when he was old enough to understand. She had decided to give him up for adoption rather than abort him and explained her choice in the letter.

I do not know how you feel toward me . . .  At the time I became pregnant with you . . . I had just turned seventeen.

Eventually, with the . . . help of a [minister], I told my parents of the pregnancy, and we proceeded with making plans on what to do.  After much counsel and prayer . . . I made the decision to have you and give you up for adoption. . . .

My parents felt I should live with a foster family in another state until after the birth of my child and arrangements were made.  I now understand the wisdom of their decision, but at the time, I was angry and felt as if I was being “put away” to hide their shame.  I did not want to go, and as the time for me to leave drew near, I became desperate to find a way to stay home.

I had always been strongly opposed to abortion, but with these difficult pressures I found myself thinking about it occasionally, and even considering it.  If I could just remove the presence of the baby, I could move on with my life and everything could go on as it had been.  No more problems.  No fears.  No shame.  No facing up to my mistake.

The idea of having an abortion actually started to sound like my solution.  I really did not want an abortion, but I was feeling desperate.  I knew I had to act quickly as my flight was scheduled to leave within a few days.  Each clinic I called was unable to fit me into their schedule until well after my flight out of state.

I was emotionally exhausted when I finally hung up the phone.  I went into my room, turned off the light, and crawled into bed, where I cried myself to sleep . . . I can still remember the dream I had as clearly as if it were yesterday.

In my dream, it was a few weeks before your scheduled delivery date, and I was lying on a table in the doctor’s office having an examination.  The doctor wanted to make sure that you were growing properly and wanted to take your weight and measurements.  He made an incision in my abdomen and carefully removed you from my womb.  I watched as he had you weighed and measured.  Everything was just fine, and you were developing normally into a fine, healthy baby.  I was enjoying the experience, yet at the same time I was still searching for a way in which I would not have to follow through with the whole ordeal.  For a moment, I considered telling the doctor not to put you back into my womb:  to stitch me up and just let me walk away.

But at that moment, a wonderful thing happened.  You suddenly turned your head and reached out for me, your big eyes glistening with tears.  I could not resist the urge to pick you up.  As I held you close, you wrapped your tiny arms around my neck with the strength of an adult and would not let me put you down.  I could feel your desperation to cling to life, and I knew then that it was a small sacrifice for me to provide that life for you.  The doctor and his office slowly faded away, and you and I were left alone, still clinging to each other.

When I awoke the next morning, I told my mother about the dream . . . that now I knew without a doubt that my child had a right to live, a right to be born into this world and experience the joys, as well as the sorrows, that this life can bring.  My sweet son, please believe me when I say how much I love you!

I thought over every possible solution concerning my keeping and raising you. . . .   I prayed to keep you, but never felt [right] about it. . . .  I know I made the right decision in having you adopted, but it is the hardest thing I have ever done.  You were such a beautiful baby, and I loved you so much.

I felt that another couple that was prepared to start a family but could not have children of their own would be able to provide for you far more adequately than I.  With me your life would start in shame, guilt, and sorrow, and without a father to love you as your adoptive father now loves you.

I truly believe that we are, in some way, assigned children in our pre-earth existence.  At one point as I deliberated, I wondered if I might be giving up one of my assigned children by placing you up for adoption.  But before I reached a conclusion, I had another thought.  What happens to the children assigned to a couple who are physically unable to have any of their own?  The moment I had that question, it was answered in my mind.  The couples adopt them.  Each time the child seems to fit so perfectly into the family.  I then realized that I was actually carrying a child that had been assigned to another couple.  I hope you understand.  Even though I am the person who carried you and gave you birth, your mom and dad are actually your true parents.

Though all my wishes are that I could watch you grow up to be a handsome young man, I know deep in my heart that I have done the right thing.  I hope someday in the eternities we may meet and share our feelings face to face.  I love you son, and always will.

When I finished reading, I could hear soft sounds of crying coming through the phone.

Gently I asked, “What are you feeling?”

“So many of my friends have had abortions, but I can’t do it.  I don’t know what I was thinking.”

I thanked her for listening, and concluded with words of encouragement, “I feel sure you will do what is best for both you and the baby.” With that, our conversation ended.

A few days later the mother called again with relief in her voice and reported that her daughter had decided to allow the baby to live and offer it to good parents for adoption.

After the birth some six months later, the mother phoned me with details of how her daughter had picked the adoptive parents and how grateful she was to know the baby is with a good family.

May God bless those mothers who feel unable to keep the baby they are carrying yet sacrifice to give their baby life and the gift of adoption.  And may God bless those wonderful people who adopt children and give them the inestimable gifts of love and family, along with opportunities for a happy life.

In the context of sharing this story from The Castaways, I will mention that I am always looking for additional stories concerning unborn children of this spiritual nature. There is nothing like a story to teach true principles. The Savior used stories to teach the people in his day and I have learned that according to Alma 4:19, souls can be reclaimed in bearing down in pure testimony." These stories are pure testimony.

And here's a view from the adoptive side--my sister and her husband have been unable to have children biologically, so they have adopted two children. Our whole family adores these children. They are a perfect fit for our family. We feel they were meant to be with us, and we're so grateful for the courage of two mothers who made the choice to place their children for adoption. It has brought amazing blessings to all of us.