A Lesson in Spiritual Survival from the Animal Kingdom | Meridian Magazine 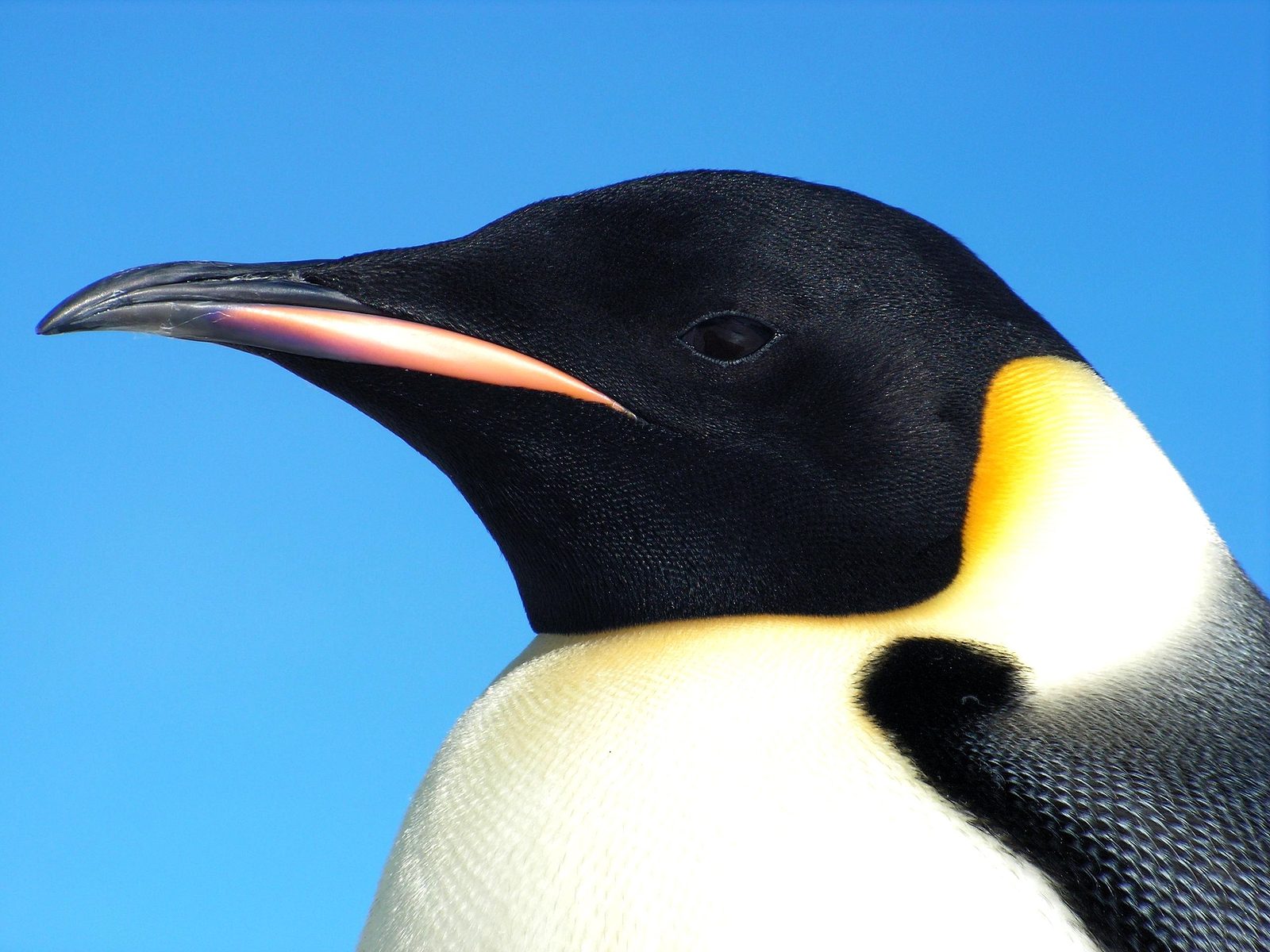 A Lesson in Spiritual Survival from the Animal Kingdom

I am worried that I am at risk of not surviving spiritually. President Nelson told me this in general conference on April 4, 2018, and in his prophetic way, he even set a time frame— “in coming days.” It has already been about 1,380 days between when he said it and today. You have heard his warning perhaps a hundred times, but here it is once more: “In coming days, it will not be possible to survive spiritually without the guiding, directing, comforting, and constant influence of the Holy Ghost”.

Yes, it is a warning but also a promise: “In coming days, it will be possible to survive spiritually with the guiding, directing, comforting, and constant influence of the Holy Ghost.” The critical part of the warning/promise is the “constant influence of the Holy Ghost.” Why? Because you can’t be guided, directed, or comforted unless you are connected. You all know what it is like when the Internet goes down or you drop a call. It is a million times worse if you get disconnected from the Holy Ghost by being too busy, too distracted, or too prideful, which are only examples of the too many ways to make Him uncomfortable, so He doesn’t want to be with us.

As this most recent general conference was about to begin, I prayed to stay connected. I wasn’t worried about the Internet connection; I was worried about my spiritual connection. I asked for the Holy Ghost to guide my thoughts because I have a tendency in general conferences to get caught up in who said what, common themes, beautiful symbols and metaphors, and heart-warming stories. Then in answer to my prayer, the thought came: “Pay attention to what you feel.” I tried to put my usual concerns on mute and pay attention to feelings instead. As I was taking notes, whenever I would feel, I made a note of what I felt.

One of those feelings came at the end as President Nelson said: “God be with you ‘til we meet again.” I felt, “Oh, no! It’s over for six months. How can I continue to feel this spirit? How can I sustain these feelings?” It must have been the word “sustain” because I was reminded of a serious infection I had a couple of years ago when I was prescribed a sustained release pill that I took for many months. The pills were capsules filled with medicine that would gradually become active to keep a constant level of the medicine circulating throughout my body. General Conference will be a sustained release capsule, prescribed by the Lord, if I take regular doses of the talks and music by reading, studying, listening, and rewatching during the next six months.

Conferences seem to be important to the Lord. “Conferences” were held in New Testament times. One example: “And great multitudes were gathered together unto him, so that he went into a ship, and sat; and the whole multitude stood on the shore” (Matthew 13:2). Such gatherings were held in Book of Mormon times: One example: King Benjamin sent a “proclamation throughout all this land among all this people… who dwell in the land, that thereby they may be gathered together” (Mosiah 1:10). One example from the Doctrine and Covenants: “Behold, it is my will, that all they who call on my name, and worship me according to mine everlasting gospel, should gather together, and… prepare for the revelation which is to come” (D&C 101:22-23). President Nelson emphasized this in his opening remarks that during conference we should listen for “pure revelation.” Additionally in the Doctrine and Covenants, the word conference is found thirty times. General conference occurs six times. My general conference is found twice.

We can make general conference last six months and beyond if we express gratitude daily for the privilege and incomparable blessing of hearing the word of the Lord directly from living prophets. They have keys and responsibilities to communicate the will of a living Father in Heaven. When President Spencer W. Kimball was the prophet, the President of the Quorum of the Twelve, Ezra Taft Benson said: “The living prophet is more important to us than a dead prophet…. God’s revelations to Adam did not instruct Noah how to build the ark. Noah needed his own revelation. The most important prophet, so far as you and I are concerned, is the one living in our day and age to whom the Lord is currently revealing His will for us.”

In his closing remarks of the October 2008 General Conference, President Thomas S. Monson said: “May we long remember what we have heard during this general conference. The messages which have been given will be printed in next month’s Ensign and Liahona magazines. I urge you to study them and to ponder their teachings.”

Staying connected to the Holy Ghost protects us as individuals and as a community of believers. General Conference as a sustained release pill protects us as individuals and as a Church. Prophets protect us in a symbolic and literal way. One day as I watched “Ice Worlds,” an episode in “Planet Earth,” I saw how Emperor penguins in Antarctica protect themselves, their unborn chicks, and their community.

Picture in your mind the Antarctic landscape of frozen snow and ice that has been carved by winds. It is similar in effect to the red rock formations of southern Utah, which are the product of melting and freezing water and wind, just white instead of red. With that scene as a backdrop, watch the mother penguin bringing the egg she has laid to the father penguin. She stands face-to-face and toe-to-toe in front of him, their toes a few inches apart. The mother gives the egg, which is sitting on her feet, the slightest of nudges, and the father, by moving his webbed feet just right, coaxes the egg up onto his feet. Then his big belly of short waterproof feathers and inner layers of insulating down comes down gently over the egg, where it will incubate for four months. He carries this precious egg, knowing that every waddling step he takes brings risk to his unborn chick. If the egg rolls out, it will freeze in seconds. At this point the exhausted and famished mothers return to the ocean.

Quoting “Ice Worlds”: “Now the sun abandons Antarctica and the colony undergoes a strange transformation. The males shuffle into groups. Their eggs still tucked above their feet. To survive they must generate their own heat by huddling. Speeding up the action, reveals an unparalleled display of sharing as each penguin works its way to the warmer center. Emperors are the only non-territorial penguins and they have to be. If they lose the huddle for even a moment, precious heat escapes. Up to ten penguins share one square yard, but their greatest test lies ahead—winter blizzards. The temperature plunges to seventy-five below zero. The birds at the edge of the huddle bear the brunt of hundred-mile-an-hour winds and shelter those taking their turn in the middle. Tending their eggs for four months, the males face the coldest, darkest winter on earth.”

The video shows the penguins huddling together, tighter and tighter in what looks like hump after hump of snow-covered mounds in concentric circles. Their senses tell them their personal survival depends on their fellow penguins. Their instincts tell them the next generation, tucked safely between belly and feet, needs them to endure not eating, losing about one-third of their body weight, doing nothing but standing with heads bowed in the tightest living conditions imaginable to keep themselves and their precious eggs alive. That a penguin let alone an egg can survive these conditions defies probability.

After four months, spring comes to Antarctica. The eggs hatch; and miracle of miracles, each father penguin having eaten nothing for four months, has saved one meal in his stomach for his chick’s first meal. He regurgitates it into his throat and the chick reaches its beak up into the father’s and is nourished. Then the mothers return from the sea, which is can be hundreds of miles away, with their bellies full of fish so that the babies can keep eating. Then the fathers go to the ocean to feed and return with their bellies full of fish. The babies now go between their parent’s protective bellies while the other parent makes the long trek to the ocean for more fish.

These well-defined parenting roles nourish the next generation. Though there are many analogous comparisons between these penguins and human behaviors, how they survive their hostile world can teach us how we can survive our hostile world.

Every April and October we huddle or in the Lord’s language gather to watch general conference. Every six months we receive nourishment to withstand freezing spiritual and temporal temperatures and evil gale-force winds. Without the guidance of general conference, it would be easy to get lost in a blinding blizzard and become disoriented or to let an egg slip away undetected to die. We gather at prophets’ feet for protection and counsel on how to nurture our own faith and that of the next generation. Parents are the first line of defense, working together, complementing each other’s roles, taking turns incubating, feeding, shielding, and teaching by precept and example, so that the next generation will also be able to withstand the “consequence of evils and designs which do and will exist in the hearts of conspiring men in the last days” (D&C 89:4). Words of encouragement and revelation from general conference help us survive our coldest, darkest trials. Though at times you are exhausted and famished, gather with the Saints, share your warmth, and receive the protection of general conference.

As we gather and enjoy each other’s warmth of spirit and knowledge, we must not forget our comfort comes at a price others are paying. On the outside of our huddle, there are those who are bearing the full force of the freezing winds and sub-zero temperatures—the First Presidency and the Quorum of the Twelve Apostles—watching for those who stray and keeping us united.

We can and will spiritually survive, whatever the future brings, as we remain gathered in testimony, huddled in unity, and nourished by general conference.