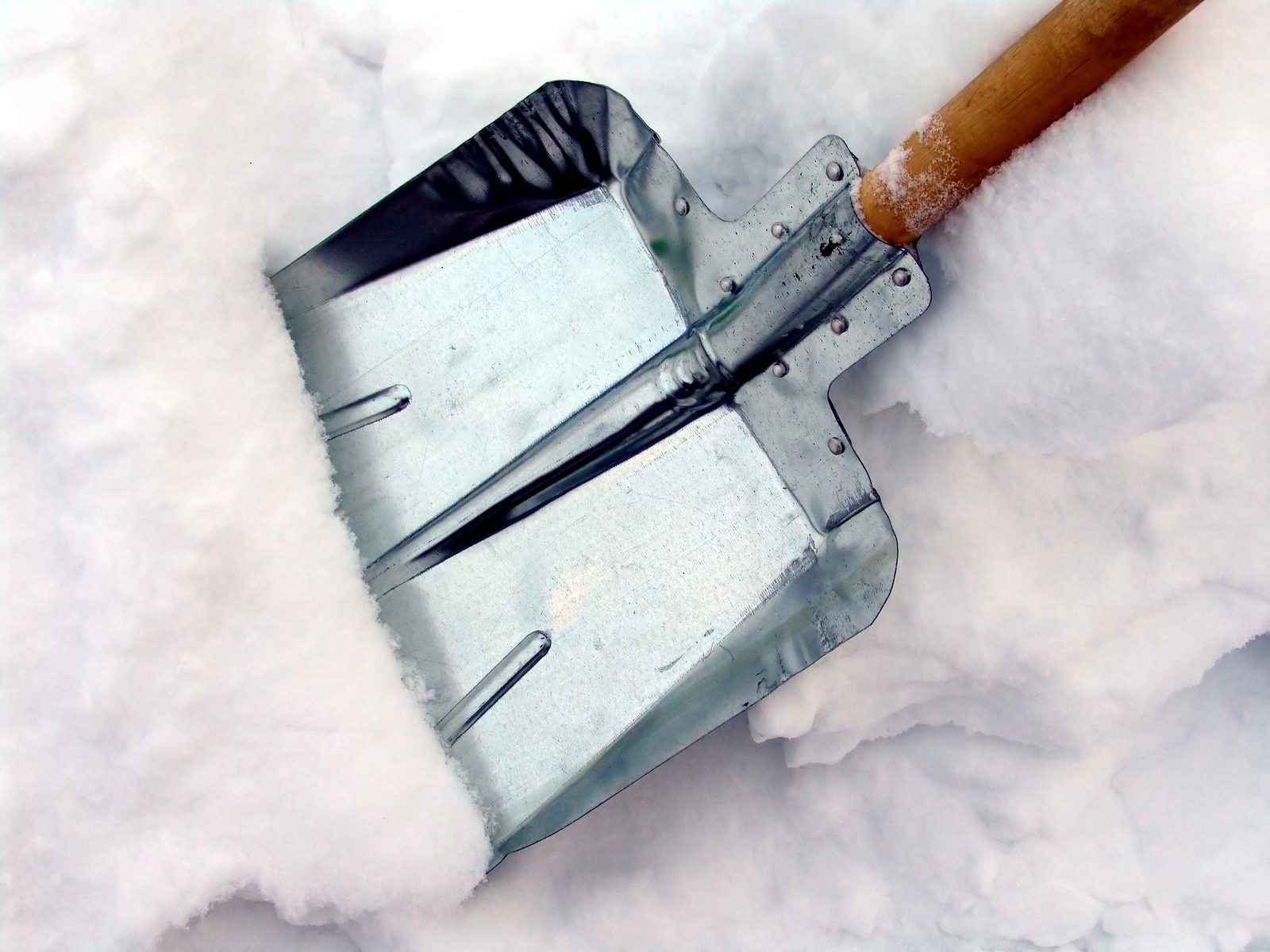 I had nine brothers and sisters, and there wasn’t a lot of money for new things. But living on a farm with that many siblings meant we found ways of having fun that didn’t cost a lot. One was with an old commercial chicken building on our farm that had a low ground floor and a steep roof. The snow in the winter was always high enough that it packed up to the roof. The snow also covered the roof. This created a perfect sledding slope.

We didn’t have money for sleds, but that didn’t stop us. We found that the scoop shovels that we used to shovel grain would work. These were plentiful on our farm. We would sit on the shovel with the handle to the front. We would put our feet out front along the handle, or if we were really good at balancing, we could put our feet up on the handle and lean back. I started sledding down this roof by the time I was five years old.

I never saw any other sled until the time I was ten. I had joined the cub scouts, and we were going to the sand hills.

I showed up carrying my scoop shovel.

“What’s that?” Rod said with disgust.

“I can see that,” Rod replied. “But why did you bring it sledding?”

I thought everyone used a scoop shovel for sledding, so I thought it was a dumb question. By this time, all of the other boys had gathered around.

“This is what we use for sledding,” I said.

Rod rolled his eyes. “That’s the dumbest thing I ever heard.”

I looked at the sleds the other boys were carrying. There was no one else with a scoop shovel. Theirs actually were sleds. Rod’s was especially nice. It was a round saucer with curled up edges.

We loaded into our cub scout leader’s suburban and headed to the sledding hill. All of the way there, the other boys continued to mock my scoop shovel.

“Where do you usually go sledding with your shovel?” Lenny asked.

I explained about the chicken building roof. They all laughed and said it was stupid.

When we got to the sledding hill, we hurried to the top. I quickly learned how nice the other boys’ sleds were. They climbed on them and zipped down the hill. They didn’t have to worry about balancing to not tip over. And even though my scoop worked well as a sled, it had far more drag. I only went about half as far as they did. They let me try their sleds, and I grew very unsatisfied with my scoop shovel.

My mother had volunteered to make hot chocolate for us, so our Cub Scout leader was taking us to my house. I was deeply considering how I could get a sled, when Rod mockingly said, “Maybe when we get to your house, we should try your sledding roof with a real sled.”

The boys all thought that was a good idea. So once we arrived at my home, while my mother prepared the hot chocolate, we boys headed out to the sledding roof. We climbed to the top, and I went down first to show them how I used the scoop shovel.

When I got back to the top, Rod said, “Now watch what a real sled will do.”

He jumped on his sled, and when he reached the spot where I had stopped, he was still moving at high speed. One thing I hadn’t thought about was that the big manure pit where the wet manure drained was in that direction. It was covered with a thin layer of snow. I never worried about it because my shovel sled wouldn’t go that far. But Rod’s took him on top of it.

He stopped, and turned to me and laughed. “See what a good sled will do?”

He then stepped off of his sled and immediately dropped up to his neck in wet manure.

As the other boys gasped, I decided my scoop shovel sled was a good one after all.