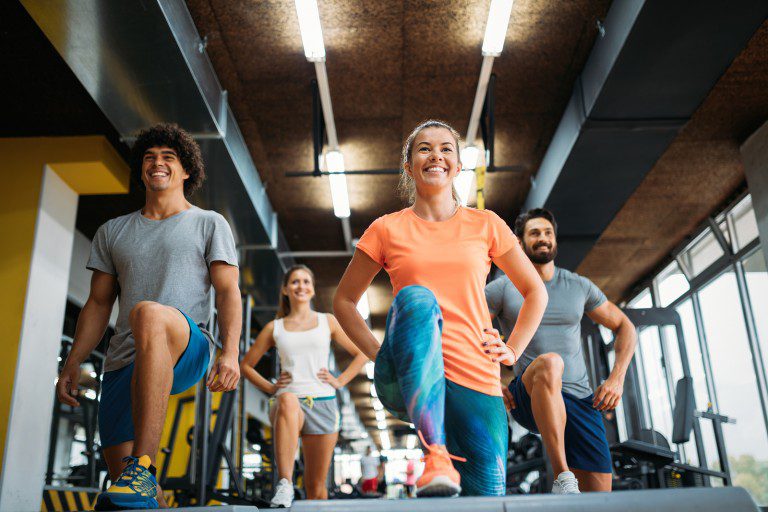 Sign up for Meridian’s Free Newsletter, please CLICK HERE
Sam was tired of working his boring job and wanted to strike out and become an entrepreneur. He had a great idea for a business venture. He was going to start a fitness and weight loss center. He loved to work with people on losing weight, and he had trained as a fitness coach. It was the perfect business for him. But the first thing he had to find was a place that was big enough for a gym.

Sam searched all over and found a basement of a business building. It had a high ceiling, high enough he could put in some basketball hoops in one end. He could put exercise equipment in the other. It would need quite a bit of work, but the rent was cheap. He also felt that the businesses that were in the upper two floors of the building would draw people in.

Sam continued working his job, but the minute he got off work each day, he was working on his newly rented hall. He was cleaning, painting, and making it look inviting. He used his savings to buy some exercise bikes, treadmills, and weight machines. He hoped to add more later, but he felt it would give him a good start. He took out a small loan to pay the wages of the employees and other expenses for the first six months.

It seemed like forever to Sam before his business was ready, but finally, the grand opening day arrived. He had a newspaper reporter come, and the mayor even did a ribbon cutting. Sam offered a first month free or six months at half price. His business boomed, and he was doing well, but there was something that really troubled him. His customers didn’t seem to be losing hardly any weight at all. In fact, some of them seemed to gain weight.

Sam consulted all of his books from his training. Everything he was doing seemed to be right. And none of his customers complained too much about the lack of weight loss, but he was sure that his business couldn’t sustain itself with the numbers he was seeing. He tried everything he could think of and decided he needed to seek some outside help.

Sam went to one of his professors who had trained him as a fitness coach. Sam explained his dilemma and asked his professor if he would mind coming and spending an hour or so watching Sam work with his customers. The professor kindly agreed, and the next evening he came at the appointed hour.

The professor seemed pleased with the work Sam had put into his business. He looked around and commented that he felt the equipment was sufficient for the job. But as Sam started training customers, the professor seemed occupied with other things. He kept walking around the gym as if searching for something. He must have found what he was looking for, because he then walked to the exit and watched people who were leaving.

Sam was somewhat annoyed, wondering why the professor wasn’t watching the workouts Sam was having people do. But Sam didn’t dare question his professor. After about a half hour of watching people leave, the professor returned to Sam.

“I’m pretty sure I know what your problem is, Sam,” the professor said.

The professor led Sam to a vent near the ceiling. “Sam, what is above that vent?”

Sam thought about it, considering the layout of the businesses on the next floor. “That would be Antonio’s Pizza Parlor,” Sam replied.

“Just as I thought,” the professor said. “This place smells of cheese and garlic. How can anyone concentrate on working out in a place that smells like the pizza center of Italy? And you know what else I noticed? The minute your customers leave, they head right upstairs and put back on every ounce they burned off.”

Sam couldn’t believe he hadn’t thought of that. He got the vent rerouted outside, and immediately his customers’ weight loss started to increase. As thanks to his professor, Sam invited him out for dinner. Of course, they ate at Antonio’s. And as Sam finished his last piece of wonderful pizza, he understood even better why his customers hadn’t been losing weight.

Sometimes it’s the little things in life that thwart the big ones. Great story!