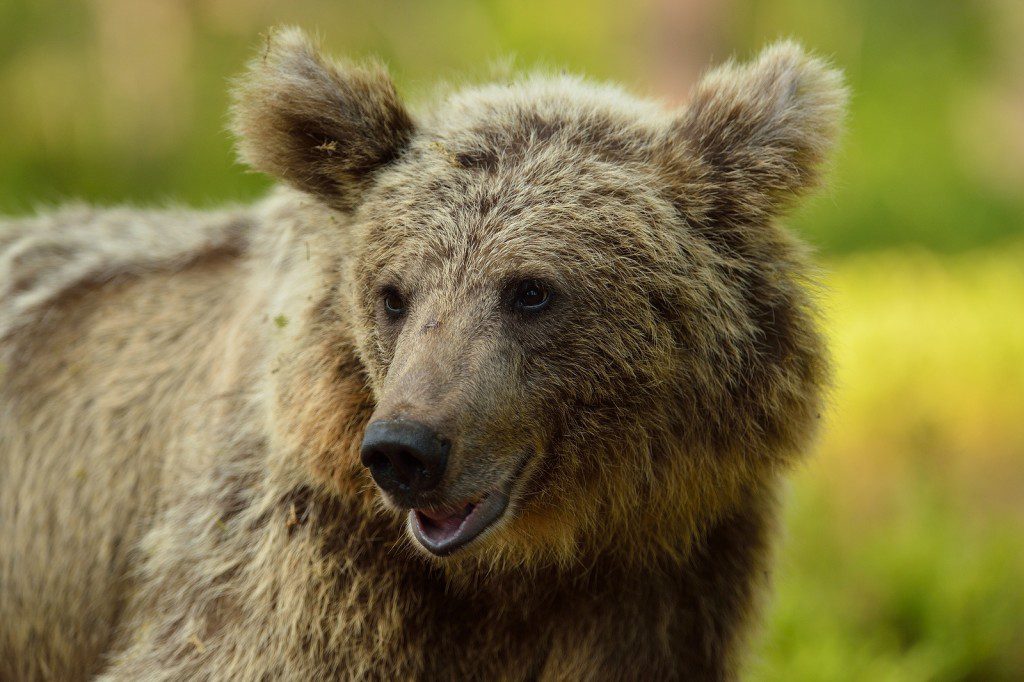 Rick and his family planned one last campout before winter. It was still warm, but the crisp evening air warned that winter storms weren’t far away. So they hitched up their camper and drove to the woods, enjoying the fall colors.

They checked into the campground and set up camp. They ate a delicious meal, and then Rick went to visit his neighbors. He liked to meet people from other places, and a campground usually included travelers from many locations. All the other campers were pleasant except for one couple that made it clear that they were not interested in visiting with Rick. The wife was especially terse and let him know that she wanted him to leave.

Rick returned to his camp, and he and his family sat around the campfire watching the flame flicker as they visited and told stories. They ate some last-of-the-season watermelon and even had a seed spitting contest. Before it got dark, Rick led all of his children to the outhouse so they wouldn’t have to make the trip later. As he sat down to use the facilities, he noticed a sign that was posted on the bathroom door so it was impossible to miss when a person was conveniently a captive audience.

“You are in bear country. Make sure when you go into the woods that you make plenty of noise. Also, if you are moving around the campsite at night, especially coming to or from the outhouse, make lots of noise so as not to surprise any bears.”

Rick thought that was an interesting sign. But he had been camping a lot, and he knew that a person didn’t want to sneak up on a bear. Surprised bears are not friendly bears.

Before they retired to bed, Rick’s family looked at the beautiful, clear sky. Rick pointed out some of the constellations to his children. They all knew how to find the big dipper and follow the handle to the north star. It appeared close and was easy to recognize. They had a final bedtime snack of milk and cookies and then everyone was tucked into bed.

Rick didn’t know how long he slept, but he was suddenly very uncomfortable. He quickly realized that he had eaten far too much watermelon in order to win the seed spitting contest. He didn’t relish the thought of getting out of his nice, warm bed and traipsing out into the cool fall air, but he knew he would have to sooner or later, and he wouldn’t sleep until he did.

He slipped his feet out of bed and slid them into his sandals. He pulled on a robe, grabbed a flashlight, and quietly left the trailer. He shivered as he made his way to the bathroom, not even thinking about the bear warning sign. But once he sat down, there it was, big and bold. He smiled to himself. He was not about to wake the whole camp making noise. He would just have to flash the light around. That should be sufficient to scare any bear.

He finished and stepped outside, only to hear a sound some distance away. He instantly thought “bear,” but then he laughed to himself. Obviously, bears don’t bang spoons against pans. He could see a light coming toward him from the campsite of the unfriendly people. He left his own light off and watched as the other light grew closer. The person had a flashlight and a spoon in one hand and a pan in the other and was banging the spoon against the pan loud enough to wake the entire camp.

Rick moved into some bushes near the outhouse and watched. He knew what he wanted to do, but should he? Could he ever forgive himself if he did? Would he always regret it if he didn’t? As the person came closer, he could hear a woman’s voice shivering, likely more from fear than from cold. “Go away, bear. I’m here and don’t want to surprise you, so go away.”

Rick knew he would never forgive himself, but he just couldn’t pass up this opportunity. Just as the lady was right across from him, he let out the deepest, loudest roar he could. The lady let out a scream, dropped the pan, and ran a record forty yard dash back to her trailer. She banged on the door with one hand as she faltered to open it with the other.

The next morning Rick smiled innocently when the ranger came around to warn everyone about a reported bear encounter the night before. Rick then held out the pan.

“While you’re at it,” he said, “you might ask if anyone lost this last night.”

Very funny! I wonder who Rick is?