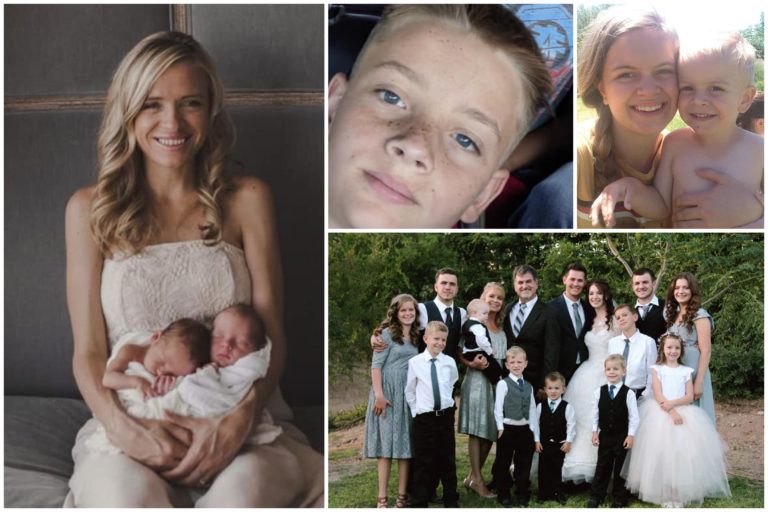 Cover image: pictures of the victims that were shared by their family on social media.

As reported by the Deseret News:

A deadly massacre in Mexico of three mothers and six children with Utah ties sparked strong reactions nationwide Tuesday, including from President Donald Trump, who said the U.S. is ready to wage war on drug cartels.

The women and children — including 8-month-old twins — were murdered Monday in ambush attacks about 5 miles outside of La Mora, a decades-old settlement in the state of Sonora founded by early members of The Church of Jesus Christ of Latter-day Saints, about 70 miles south of Douglas, Arizona. At least five additional children were transported to a hospital in Tucson, Arizona, for treatment, according to Mexican Security Secretary Alfonso Durazo.

In addition to the nine who were killed, family members said six other children were wounded — including a 9-year-old girl who was shot in the arm and found hours later — and two who escaped unharmed, including a 7-month-old girl who was found still in her car seat in one of the vehicles that was riddled with bullet holes.

Durazo said the gunmen may have mistaken the group’s large SUVs for rival gangs, something relatives of the victims have also said in social media posts.

One relative of the victims, Kendra Lee Miller, shared the following details of the brutal and unwarranted attack on social media:

On the morning of November 4th, 2019, three mothers in three vehicles, with fourteen children between them, set out from LaMora, a small family community in the mountains of northeastern Sonora. Two of them to see family in Chihuahua, and one of them to pick up her husband from the airport in Phoenix, AZ. They never made it. They were ambushed by the Mexican cartels; shot, burned, and murdered in cold blood. These were innocent civilians, American citizens simply trying to live peaceful lives.

For 11 hours, their families all over Sonora, Chihuahua, and the Midwestern US waited in fear and horror for any news of possible survivors. The first vehicle was found full of bullet holes and completely ablaze. Nita and the four of her seven children she had taken on the trip were burned to mostly ashes and only a few charred bones left to identify that all five had been inside. It appeared that one tried to escape as the front passenger door was open and the remains were partially in and out of the vehicle.

On another part of the road, about 10 miles ahead, were Christina, with her baby Faith in her vehicle, and Dawna with nine children in hers. They both were fired upon from ahead and Christina jumped out waving her arms to let the attackers know that it was women and children in the vehicles. She gave her life to try and save the rest. Dawna and two of her boys were also killed in the gunfire.

After witnessing his mother and brothers being shot dead, Dawna’s son Devin hid his 6 other siblings in the bushes and covered them with branches to keep them safe while he went for help. When he took too long to return, his 9 year old sister left the remaining five to try again. Devin arrived in LaMora at 5:30 pm, 6 hours after the ambush, giving the first news anyone had heard of his and Christina’s families.

Devin’s uncles armed themselves with guns and returned to try and find the hidden children, knowing many of them were injured. They didn’t get far before realizing they would be risking death, since there had been continual shooting for hours, all over the mountains near LaMora. The group of men waited a while for reinforcements, and around 7:30, found the hidden children. They found Christina’s baby Faith with the vehicle around her riddled with bullet holes. Somehow she had remained untouched, and alive. She was in her car seat, which looked to have been hurriedly placed on the floor of the vehicle by her mother for protection.

In response to this tragedy, Eric Hawkins, spokesman for The Church of Jesus Christ of Latter-day Saints, shared this statement with media:

We are heartbroken to hear of the tragedy that has touched these families in Mexico. Though it is our understanding that they are not members of The Church of Jesus Christ of Latter-day Saints, our love, prayers and sympathies are with them as they mourn and remember their loved ones

The colonies in Mexico were founded in 1885. In 1912, Pancho Villa's men gave the saints 24 hours to leave with what they could carry with them. About 1918, after the revolution has subsided,some of the colonists returned. The colonies have contributed greatly to church leadership over the years. Names like Eyring, Kimball, and Romney come to mind. But living there has always had its challenges. After the 1912 exodus, many lost everything they had built up during their time living there.