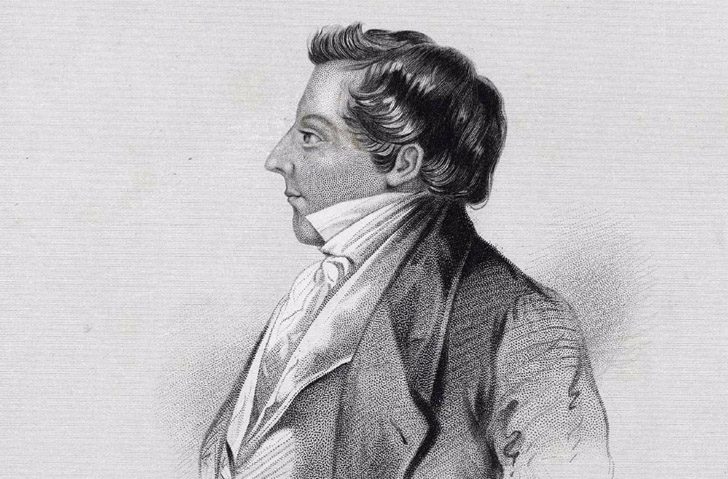 Please note: Just last week we released an incredible iPad tool www.josephsmithwitness.com that will completely enhance the way you look at Joseph Smith and the Restoration—it’s more than an app, more than a book, it’s an experience. One user said: “What a gift! I felt like Parley P. Pratt when first reading the Book of Mormon: eating and sleeping held no allure. I read virtually nonstop from ‘cover’ to ‘cover’. The photographs are stunning, the text is moving, and the story riveting.” The following are a few fun facts you will glean from Witness of the Light.

Many of us know only a few common facts about Joseph Smith: He was born in Sharon, Windsor County, Vermont on December 23, 1805. His father’s name was Joseph Smith. He lived on a farm in western New York when he had the First Vision. The Church was organized on April 6, 1830. Joseph was in the Liberty Jail and he lived in Nauvoo, etc.

Let me give you at least 7 facts you probably didn’t know about the Prophet Joseph Smith.

One:  Joseph Smith the Prophet lived in no fewer than twenty different homes from his childhood to his death. Of the fourteen homes he lived in after he was married to Emma Hale, they only owned three of them. When Joseph and Emma finally had a home that was all theirs and that they really wanted—the Mansion House in Nauvoo—Joseph would only live in it for 10 months before he would be killed.

Two:  During the Kirtland period, Joseph Smith received a “cascade of revelations”, 67 of which are canonized in the Doctrine and Covenants. Those 67 revelations were received in 10 different specific locations. Forty-six of these revelations were received in just three different rooms; a) fourteen in a room on the Isaac and Lucy Morley Farm; b) fifteen in the John and Elsa Johnson Farmhouse upper room, southeast corner; and, c) seventeen in the southeast upper room in the Newel K. (and Elizabeth) Whitney Store.

Did you know that this Witness of the Light iPad App can easily be given as a gift then downloaded for immediate delivery? Click here to see simple instructions on how.

Three.  It was thought for many years that Joseph Smith was involved in about 50 lawsuits that were leveled against him. With the latest research and compilations it is clear that he was involved in more than 220 cases and in every case was found to give more than lip service to honoring, obeying and sustaining the law. These range from simple collection cases to complex trials. One of those trials led him to a Springfield, Illinois courtroom. If you look in the photograph above, you’ll see a trap door just above the judge’s bench. In that upper floor was a small law firm with two young attorneys. One was Stephen T. Logan. The other partner would later become the President of the United States—Abraham Lincoln. Lincoln appeared before this U.S. District Court concerning 40 regular cases and 72 bankruptcy proceedings. Mary Todd Lincoln attended the trial of Joseph Smith.

The new Witness of the Light iPad App, that recounts all these stories and facts, can easily be given as a gift then downloaded for immediate delivery? Click here to see simple instructions on how.

Five.  The Angel Moroni visited Joseph Smith (and others) no less than twenty-two times. We are most familiar with the first five visits, then the visit each year at the Hill Cumorah to prepare Joseph to receive the gold plates. That leaves 13 more visits to account. These visits and interviews became an integral part of the Restoration of the Gospel of Jesus Christ and the bringing forth of the Book of Mormon.

Six.  The revelation known as the Word of Wisdom was received on Wednesday, February 27, 1833. That date is familiar to us, but we don’t often know what led to Joseph’s receiving that revelation. Twenty-four brethren had been meeting together in what was called the School of the Prophets (or School of the Elders). Twenty-two of those brethren used tobacco. The brethren would, as Brigham Young recounted, “light a pipe and begin to talk about the great things of the kingdom and puff away.” The room would become filled with thick smoke. Then they would put a wad of tobacco in one side of their mouth, and then the other, and chew away and spit on the floor. Emma Smith had to clean the floors and she was disgusted with the filthiness of these habits. One day she emphatically said to Joseph, “It would be a good thing if a revelation could be had declaring the use of tobacco a sin.”

Seven.  A revelation was given on April 26, 1838 in Far West, Missouri indicating that in one year from that very day, the brethren should “recommence laying the foundation of my house” then they should take leave for a mission to England from that very spot. In the mean time Governor Lilburn W. Boggs issued the Extermination Order and the Latter-day Saints had been driven from the State of Missouri to Illinois. How could they fulfill that directive from the Lord? Risking their lives, five of the Twelve made the dangerous journey, mainly in darkness and in hiding, to fulfill this prophecy. Before the sun arose on April 26, 1839, these faithful member of the Twelve held a meeting with others, quietly sang hymns, laid a huge stone in place in the southeast corner of the Far West Temple site, ordained two new members of the Twelve, Wilford Woodruff and George A. Smith, and then took their leave back to Illinois. Many know that part of the story. What is tender is that Joseph and Hyrum, Lyman Wight, Alexander McRae and Caleb Baldwin had escaped from the Liberty Jail on April 6 and were making their way east to Illinois while the other brethren were making their way west to Far West to fulfill the prophecy. This is faith and super faith.

We have created this app, which is more like a book with extras like 230 photos, videos and interactive pages, so that you might have a more thorough knowledge base of Joseph Smith and the Restoration and that you might see this marvelous work and a wonder unfold in beautiful, panoramic form on your iPad.

To take a look at all the features of the App and see many sample pages, please CLICK HERE.

To download the App or to gift the App, using your iPad or your iTunes account, go THIS LINK. Delivery time is immediate.

Please note, if you are on a desktop or PC and you try to go to this link, it will ask you to open your iTunes account. This App is currently designed for and compatible with iPad. An Android version is scheduled to be released sometime the first quarter of 2015.

Meg ... having seen how a smaller caliber bullet ( 45 Cal.) can knock a person backwards and the Hawkins were 54 Cal it might be your analysis needs review or revision.

My favorite two stories about Joseph are the way he invited the sheriff and deputy who had pistol-whipped him and arrested him earlier in the week to be his guests of honor. This is alluded to in the Joseph Smith movie, but when you realize the actual brutality of the abuse Joseph had suffered at their hands, his reaction in honoring the men is amazing. The second story has been hidden in plain sight since Joseph's death because John Taylor thought a bullet had pushed him back from the window at Carthage jail. However modern analysis of John Taylor's watch shows that the damage was not caused by a bullet, much less any bullet that could have imparted enough force to stop John Taylor's fall from the window and propel him back to relative safety in the upper story of Carthage jail. If the imagined bullet didn't push John back, how did he avoid the fall and live to tell the tale? The only natural possibility is that Joseph pulled John back from falling out of the window, where John Taylor could have been shot by the same individual who killed Hyrum (a shot that entered Hyrum's back, pierced his body, and shattered his watch - clearly a shot from a rifle, most likely a Hawken rifle with a hair trigger, a shot John Taylor determined must have come from a great distance because it entered the window and hit Hyrum's chest, while a shot from mob members from just below the window would have hit the ceiling). Moments after John was pulled from the window, Joseph was shot simultaneously by bullets from the doorway to the room and a bullet from outside the jail. Just as with Hyrum, the fatal shot came from outside the jail. Thus Joseph's last act was pulling John away from the window through which the fatal bullet that killed Hyrum had flown, in the process putting himself in the line of fire.