7 Habits: A Classic Somehow Gets Even Better With Age | Meridian Magazine 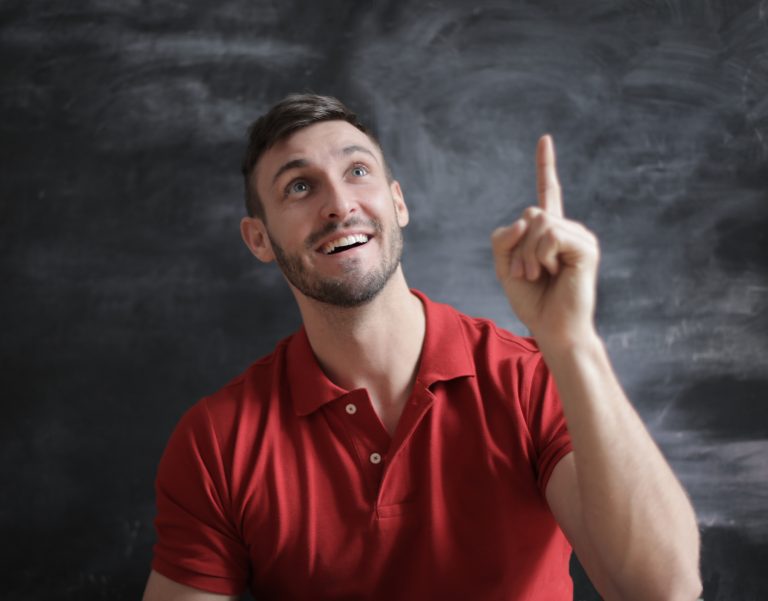 There’s a lot of talk nowadays about “uncertain times.” It’s a phrase often denoting the harsh and burdensome changes wrought by a global pandemic.

But “uncertain times” seems to imply a lack of control. I prefer the term “unscripted times.” To me, that conjures up images of the people we see in business, science, medicine, education, and other fields who are knuckling down to make the most of a really rotten situation. Rather than succumb to victimhood, they take charge. They work with what they have. And then they imagine—and create—what they don’t.

My friend Stephen R. Covey would be impressed.

Stephen, you no doubt know, was author of the colossally popular book titled The 7 Habits of Highly Effective People. In addition to selling tens of millions of copies in more than 50 languages, the book has been touted as the “#1 most influential book of the 20th century” (Chief Executive magazine) and Forbes named it “one of the top 10 most influential management books—ever.”

When the book was first launched three decades ago, some skeptics may have regarded it as just the latest “dare to be fabulous” scheme. But the 7 Habits book has stood the test of time. And it’s not just about “management” in the typical sense of the word. Yes, it certainly applies to the challenges of managing a business. But I think it’s mostly about managing ourselves. Its timeless principles, when properly applied, can literally change the trajectory of people’s lives. Millions of people around the world can attest to this.

In a 2014 Forbes column (see “Stephen Covey: A Legacy of Humanity and Wisdom”) I wrote about the evolution of Stephen’s thinking as he crafted a framework that would have an influence beyond what even he likely imagined. Today, many of his ideas have shaped much of the business lexicon. He may not have invented terms like paradigm shift, think win-win, abundance mentality, and sharpen the saw, but he certainly brought them into the public consciousness.

Now the 30th-anniversary edition of the 7 Habits book is out. It contains the same content that’s become the hallmark of effective leaders, extraordinary results, and winning cultures.

But this edition has a bonus: Stephen Covey’s son Sean, himself now a highly regarded thought leader and bestselling author, adds his own insights after each chapter. I confess that I was a bit skeptical when I first heard about these additions. How can a classic be improved? But the younger Covey’s perspective does indeed provide enrichment that is well worth digesting.

Rodger Dean Duncan: Your father said behavior change can lead to modest improvement, while a paradigm shift (a change in fundamental assumptions) can produce quantum improvements. Give us an example.

Sean Covey:  Behaviors represent what you do. Paradigms represent your perspective and view of things, the lens through which you see the world. From our experience, changing paradigms is far more powerful than changing behavior. In fact, behavior change usually doesn’t stick unless you change the paradigm that accompanies it.

For example, there was a time when I saw my 8-year-old son, Nathan, who had extreme social anxiety, as being insufficient and incapable. And my behaviors flowed out of that paradigm. Even though I tried my best to be positive and affirming in my behavior toward him, my son could still feel my deeply held paradigm, and he acted in accordance with it.

Then one day I had a dramatic experience that completely shifted my paradigm toward Nathan. I suddenly saw the greatness within this little boy and got a glimpse of what he could become. Because of that new perspective, it was easy to be positive and affirming toward him, and he could feel the difference. As a consequence, Nathan, over time, overcame his social anxiety and blossomed into a confident and outgoing young man.

We are all full of paradigms and are largely unaware of them. We hold paradigms toward other people, paradigms about ourselves, and paradigms about life in general. Truly, finding ways to shift our paradigm, to think differently, and to change our perspective, is 50 times more powerful than trying to make a behavior change.

The best ways to shift your paradigms come through new learnings, changing your role, challenging traditional ways of thinking, dramatic experiences, and often through personal setbacks. For example, think of the paradigm shift that a new mother or father experiences and the impact that can have on their behavior.

Duncan: We live in a world where many people insist on regarding themselves as victims. How can the 7 Habits help them get out of that self-defeating pattern?

Covey:  Victim-itis is rampant and it’s an easy trap to fall into.  We all love to blame other people, outside circumstances, the weather, our boss, our ex, “the man,” our spouse for our problems. It is just how we humans are built.

Habit 1, Be Proactive, teachers that we are responsible, that we have the power to choose our response to whatever happens to us. As humans, we have four unique human endowments—a conscience, self-awareness, an imagination, and independent will—that we can tap into whenever we have a decision to make.  We don’t have to respond to life in a reactive way. Yes, our genes, our upbringing, and the environment we live in all influence us. But they do not determine us.

In his research, my father discovered that effective people have the habit of taking responsibility for their lives, their circumstances, and their happiness or unhappiness, while ineffective people tend to be victims and blame outside forces for their conditions.

Duncan: During times of stress (like a pandemic or economic downturn), in what ways can being proactive help businesses prepare for the future?

Covey: Just remember that although we are not free to choose what happens to us, we are free to choose what to do about it. This applies to individuals and to organizations. Although this coronavirus pandemic has caused a lot of stress and chaos, there are also silver linings. If businesses are proactive and take initiative, they can find ways to mitigate the effects of a downturn and survive and in some cases even pick up market share.

Duncan: Can you give an example?

Covey: We have a client in Thailand who is a great example of this. A few years back, Thailand was experiencing the heaviest rainy season in 50 years. Immense floods drove 13 million people from their homes, and more than 800 people died. It was reported to be the fourth most expensive natural disaster in world history. Particularly hard hit was our client, a world-class maker of data-storage systems. Their vast manufacturing facility went under nearly six feet of water, devastating an operation that required a zero-dust environment. It was an epic calamity. Experts estimated it would take a billion dollars and at least seven months of cleanup to get even a part of the factory back on-line. Some market reports even predicted the end of the company, which would leave nearly 35,000 workers without jobs.

Our client’s leaders refused the notion that it would take years to get back to work, and they were not going to wait to be rescued. The leadership team had been trained in the 7 Habits, and they had worked to make the principles their “core operating system.” So, drawing on years of practicing, they put Habit 1: Be Proactive, to the ultimate test.

They immediately spread the word that there would be no layoffs—their employees were like family, and they would get on their feet as one. The safety of their people was their first priority. Crews were organized to help the most stricken employees in their flooded homes. Next up, they hired Thai Navy crews to salvage irreplaceable equipment and get it to dry land for refurbishing.

While the plants of other big companies in their industrial park rusted in the mud, their workers laid off, the work at our client’s site continued nonstop. Surely it made a difference to keep everyone on the payroll, but rebuilding the business as a team came naturally to these remarkable workers. Tens of thousands, many still trying to cope with crises at home, showed up to revive their plant. Some traveled miles each day from refugee centers, often in small boats or on water oxen for hours a day, determined to help.

Duncan: So what was the result?

Covey: They reopened the plant only 15 days after the waters receded. Within a year, it had reclaimed the number-one position in the market. The firm remained profitable and even managed to acquire one of its top competitors. Observers were astonished that it hadn’t taken billions of dollars and many years to recover. All it took was a superb team willing to wade through mud for each other. That is the power of a proactive culture.

Duncan: What can an organization do to foster a proactive culture?

Covey:  As in the case of the company I just told you about, it starts with the leaders. So much of the culture of a company is a result of the collective behavior of its leaders.

Other things you can do is be transparent and face reality. Don’t try to hide the truth of the brutal situation you may find yourself in. Transparency and facing reality build trust in the organization.

As well, learn to focus your time and energy on your circle of influence, rather than your circle of concern, or things you can’t do anything about. Instead of focusing on how hard hit your business is because of the coronavirus and all the things you can no longer do, think about what you can do. Get creative. Think outside the box. Ask yourself, “Sure, we are in bad conditions. But what can we do? What is within our control? What new opportunities are out there?”

When this pandemic arrived, because we do so much live training as a company, it really hit us hard. But we kept asking ourselves, “What can we do about it?”  Within a few weeks we converted all of our live training workshops into live-online training, or training done with organizations through teleconferencing.

At first, we and our clients were somewhat uncomfortable with it. But we’ve now found that it can be very effective, and in some cases, even more effective. As well, our clients are loving it. And it’s saving our business! Once we get back to normal operations, I believe we will be doing lots of live training like before, but we will also be doing lots of live-online teleconferencing training.

In a matter of two months, because we took a proactive approach, we have literally created a whole new delivery channel. This never would have happened without the challenge of the pandemic.